"To What Extent is the Scientific Potential of Vaccines Limited by Society?" - Runner Up of the Under 18 Category, the TORCH Humanities and Science Essay Competition

To what extent is the potential of scientific discoveries such as vaccines limited by society?

To begin to answer this, we must refer back to the origins of vaccines. Smallpox was a disease that ravaged and decimated civilisations for centuries from the bottom up and was the first that a vaccine had been created for. The creation of the vaccine is accredited to Edward Jenner, who in the late 17th century noticed that milkmaids who had contracted cowpox before appeared to be immune to smallpox. After forming the hypothesis that the interaction with cows created some form of immunity, he inoculated a young boy with cowpox pus and proved that the inoculation had granted
the boy immunity to smallpox.

Despite the fact that a vaccine had existed since the 17th century, it was not until nearly two centuries later that the first world wide-effort was made by the World Health Assembly for the eradication of smallpox. After an extensive amount of debate, it was decided in 1959 by the assembly that a budget of $2.4 million should be spent to eradicate the virus globally. The plan involved vaccination campaigns to ensure that there was an 80% vaccine coverage in each country. However, this endeavour was difficult to undertake in Africa and Asia considering many factors such as language barriers in some regions, tribalism, politics and laws. Those factors alone,
made it difficult enough to distribute the vaccines without even beginning to consider the fact that $2.4 million dollars simply was not adequate funding to vaccinate 80% of the people in all fifty-four countries in Africa, let alone developing nations across the world.

Consequently, the scientist Dr William Foege tried a strategy to combat this problem in which he sealed off and vaccinated all possible contacts of the virus. This revolutionary method (which is now called ring vaccination) eradicated smallpox from East Nigeria despite the fact that less than 50% of the population was vaccinated. 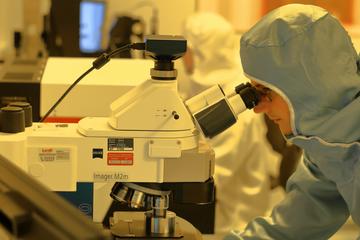 But how does this link to the humanities? The process of eradicating what was once one of the largest child-killers in the world has already involved politics, economics and science for it to be carried out. The eradication of the disease has given people hope for the future. Hinman, A. R. (1998) cited in Sophie Ochmann and Max Roser (2020) revealed that 150 to 200 million lives are approximately saved annually. One could also assume that the extermination of the disease has had a significant impact on life expectancy considering that the variola major virus strand had a fatality rate of 30% especially since it predominantly affected children during endemic periods.

Beyond the obvious statistics, the palpable question remains, why haven’t we eradicated more diseases, in fact, why don’t we just eradicate them all? Aside from Rinderpest whose eradication began naturally before the vaccine for it was even available no other diseases have been eradicated since smallpox in 1980. Currently, the mainstream answer of that question is that the way in which diseases are treated is not constant and that not only do diseases mutate but our own immune systems change meaning treatments are not always successful in eradicating a disease.

Regardless, there are currently diseases considered eradicable today. Polio, measles, mumps and rubella all have effective vaccines or treatments and the political and financial support for the eradication efforts. As of 2019, wild polio was only endemic in three countries: Afghanistan, Nigeria and Pakistan.

Measles, mumps and rubella are three viral diseases that can be stopped if vaccinated as a child. However, the misperception of the public of the severity of the disease has led to insufficient vaccination rates for eradication. The measles vaccine is one of the most effective vaccines in the world and yet measles is still a threatening pathogen to young children globally.

The answer to all of this is miscommunication.

The reason that the vast majority of those against vaccinations give for the view originate from misconceptions about the side effects of the vaccines which are quite often due to the influence of social media. For example, a theory that the MMR could cause an increased chance of developing autism which has been confirmed to be untrue by the Centers for Disease Control and Prevention (CDC) is but one of the ideas still circulating the web today.

Also, a lot of people distrust science or distrust the government. Theories that pharmaceutical companies wish to sell products regardless of harmful consequences to the health of patients or the environment, as well as the fact that the vaccine is mandatory to attend school in many western countries, is very contrary to the culture of liberty and therefore such obligations only further illicit mistrust in vaccines.

So how can we separate the humanities and science? When one of the most revolutionary scientific discoveries in the world is made society is the only limit to its possibility. With vaccinations being instruments which have prevented millions of deaths and have the capacity to prevent further tens of millions of people can argue that is simply illogical for vaccinations not to be obligatory. Alas, the conclusion one must draw from this is that regardless of how ground-breaking and revolutionary
scientific discoveries it is the often irrational, speculative and contrasting viewpoints explored in the humanities subjects that determine whether or not a breakthrough as great as vaccinations can ever be successful due to the fact that those speculative views determine how receptive the population will be to the idea.

So what does this leave for us? How else is it relevant to today’s society? Since December 2019, the disease Covid-19 has ravaged through towns, cities and countries to become the pandemic it is today.

As I am writing this (13/05/2020) the UK is still under lockdown and the prime minister Boris Johnson has unveiled a plan to exit this lockdown. The plan outlined the stages of which things will begin to return to normality however one thing is clear. There is no preparation to return to true normality until there is a coronavirus vaccine. The vaccine would allow the most vulnerable to gain immunity to this deadly pathogen and once enough people have been vaccinated the world could possibly reach the stage known as herd immunity. Herd immunity when a population is resistant to a particular disease as enough people are immune to it that the pathogen cannot easily reproduce
amongst that population.

Now remains one pivotal question. Even if a COVID-19 vaccine is created, will enough people take it to qualify for herd immunity and allow normality to occur? Although in an idealistic world everyone who wishes to take the vaccine would, factors such as allergies have already reduced the percentage of the world population forecasted to be able to take the vaccine.

Culturally, the western individualistic culture means people are less likely to take a vaccine if they are at low risk of serious complications from the disease whereas the more collective culture of East Asia means they are more willing to take a vaccine to help other people. Worldwide, religious beliefs mean that in a lot of places they believe that faiths will protect them from diseases which further increase the number of those against the vaccine.

As you begin to factor in the social, economic and maybe even religious factors that could prevent people from taking the vaccine the chance that not enough people will take the vaccine to qualify for herd immunity becomes even more real.

False perceptions about coronavirus such as that its symptoms are only as threatening as the flu or that it had been caused by 5G networks amplify confusion about whether or not a vaccine would be useful to the general population. In conjunction with this, some people hold preferences toward traditional methods and would disbelieve the efficacy of the vaccine as well as the fact that some even believe that they do more harm than good.

To conclude, it is impossible to argue that science and humanities are not internally integrated when they rely on each other to thrive. Demand for knowledge shapes science; likewise discoveries in science shape humanities. The invention of vaccines has allowed for longer life expectancies as well as become a platform for businesses such as pharmaceutical companies to thrive thanks to vaccine production. As a social effect, people have a higher quality of life without the fear of such diseases once one is vaccinated. Society controls the ideas of mankind which have a knock-on effect on which research questions are created and later down the line knowledge aroused from the research changes society’s perspective on things. From the case study of smallpox, we have investigated how the demand for a cure, lead to one of the biggest medical discoveries- the discovery of vaccination but subsequently, we also learn that as amazing as science is, it is both inhibited and supported by society and it can only be as effective as society’s perception of it.