In this blog post, Professor Barbara McCaskill, who spent four months researching at the Bodleian during the spring and summer of 2016, discusses the influence of transatlantic collaborations among US and UK activists on the development of audiences for African American literature.  By studying such networks in relationship to individual writers such as Rev. Peter Thomas Stanford and W. E. B. Du Bois, she argues, we can discover how they influenced the reception and development of African American literature long after the goal of ending slavery had faded.

In December 1848, Ellen Craft (1826-91), an American slave who looked like a white person, disguised herself as an affluent, yet infirm, southern gentlemen. With her husband William (1824-1900) masquerading as her enslaved valet, she traveled several days by rail, steamer, and carriage from Macon, Georgia, to Philadelphia in the Free States. The Crafts’ memoir of their hair-raising escape from bondage, Running a Thousand Miles for Freedom, was published twelve years later in London by William Tweedie (1821-74).

A Quaker and an abolitionist, Tweedie maintained a shop at 337 Strand with books about temperance, the virtues of hard work and piety, and the urgent and immediate cessation of America’s traffic in people and families like the Crafts. He also offered a tract for sale to religious and juvenile audiences that told the story of the “gentle, refined-looking” Ellen and the “dark, but . . . reflective, intelligent” William (p. 8), which the abolitionist Wilson Armistead had included in “Singular Escapes from Slavery,” the 35th publication in his popular the Leeds Anti-Slavery Series.

England long had proved a haven for early African American writers, from the Crafts to the eighteenth-century poet Phillis Wheatley, the first known African American woman to publish a book.  When North American publishers raised questions about their talents or worried that their writings would fail to attract a sufficient audience—or, if they were lucky, once their books already had taken readers by storm—formerly enslaved writers such as the Crafts, Frederick Douglass, Harriet Ann Jacobs, and Josiah Henson (who inspired Stowe’s character Uncle Tom) crossed the Atlantic to England in steamers like the Cunard fleet’s Cambria and Canada to print and distribute their manuscripts and to market their stories in front of curious publics.

During my research last spring in the Bodleian Library’s Anti-Slavery Papers, I examined correspondence demonstrating how transatlantic networks among Britons and Americans that had galvanized the antislavery movement were repurposed after Emancipation in service of the ongoing development of African American literature.

In the archives of the long-running British and Foreign Antislavery Society (1838-1956), I found one example of this literary facilitation. After the emancipation of enslaved African Americans, this organization pivoted its focus to eliminating human trafficking in other spaces where it lingered, including Zanzibar on Africa’s eastern seaboard, Cuba and Brazil, and Sierra Leone in western Africa. Its members also maintained a keen interest in those who formerly had been enslaved throughout the American South.

This interest among the membership and other British freedmen’s aid societies extended from assembling clothing, kitchenware, and agricultural tools in shipments for freedpeople’s communities to asserting the connection between culture and liberation by sending books to students and money to teachers. Frank Spence of the Manchester Aluminum Works, and Travers Buxton (1865-1945), secretary of the British and Foreign Anti-Slavery Society, helped introduce to British readers none other than The Souls of Black Folk (1903), the best-selling collection of essays on American race and racial politics by the researcher, educator, and activist W. E. B. Du Bois (1868-1963).

Spence enclosed a copy of Souls to Buxton with a letter dated 29 June 1904.  Identifying Du Bois as a “black Professor” in Atlanta who had written an “epoch-making” book, Spence assessed The Souls of Black Folk as “sober” and “impartial” in tone and “ably written” in terms of its literary quality. By 1903, Du Bois had become the first African American to earn a doctorate in any subject at Harvard University, had conducted landmark social science case studies of African American communities in Philadelphia and Atlanta, and had attracted international attention to his antiracist work at the Paris Exhibition and London Pan-African Conference.  Yet Spence’s identification of Du Bois as the “black Professor” qualifies the latter’s masterpiece as exceptional and startling for a member of his race, even as it shapes British readers’ expectations of African American literature as challenging and modern.

Spence’s letter places on display how racial politics influenced the development of African American literature and its reception well after Emancipation and the Reconstruction. It invites us to recognize the urgency behind the project of Du Bois and other authors, editors, and reviewers to move the perception of the African American literary canon from primarily memoirs, collective biographies, and oral productions such as spirituals, sermons, and dialect poetry to include genres styled as more imaginative and inventive, such as essays, formal poems, and novels. Du Bois astutely understood the role that British antislavery allies could play to advance this agenda, and in the case of Souls he was right.

Spence’s colleague Buxton would go on to review Du Bois’s Souls in the Anti-Slavery Reporter. On 13 May 1921, still mining such alliances, Du Bois approached Buxton directly, this time to solicit his assistance in organizing “a meeting of mutual understanding” between “representatives of American Negroes [and] representative [sic] of English philanthropists and English liberal thought” as a lead-up to the anticipated second Pan-African Conference in Brussels.

Born in slavery in Virginia and raised in early childhood by Native Americans, the protean and peripatetic Rev. Peter Thomas Stanford (c. 1860-1909) also mobilized transatlantic antislavery networks to shape African American literature of the late nineteenth and early twentieth centuries.  During my term in Oxford, I collaborated with my graduate assistant back home in Georgia, Ms. Sidonia Serafini, and the Rev. Paul Walker, the current pastor of Birmingham’s Highgate Baptist Church where Stanford once preached, on a new initiative to trace and write about Stanford’s literary and editorial productions.

Stanford published his memoir From Bondage to Liberty (1889) in Smethwick, near Birmingham, and as Birmingham’s first black pastor, he became a local celebrity and community leader. The historians Caroline Bressey (Empire, Race, 2016) and Sarah Silkey (Black Woman reformer, 2015) have noted Stanford’s involvement in organizing and mobilizing British anti-lynching networks in conjunction with the Society for the Recognition of the Universal Brotherhood of Man. Our analysis as scholars of literature concerns how Stanford’s activist networks in the US, England, Scotland, and Canada influenced the rhetoric and form of his writings and the effectiveness of their cultural interventions.

In his book Black Print Unbound (2016), Eric Gardner proposes the central role of periodicals in the formation of African American literature, and models the benefits of thinking transnationally about African American periodical literature as influencing and being influenced by readers and writers in Britain, Canada, the Caribbean and other places beyond US borders. His call has been nuanced by researchers such as Benjamin Fagan (The Black Newspaper, 2016), Andreá N. Williams (“Black Labor,” 2016), and Jennifer Harris (“Locating Black Canada,” 2016).

Back in Philadelphia where the Crafts had fled from slavery, the black abolitionist William Still told the stories of hundreds of such fugitives he had harbored from slavecatchers and ushered to safety along clandestine routes. After slavery, for Still and other African Americans, to remember these “self-emancipated champions” was to recognize the “remaining obstacles” they faced “growing out of oppression, ignorance, and poverty” (Underground Rail Road, xviii).  So long as racial divisions remained, abolition’s old partners and partnerships would continue to assert an influence upon African American literature and letters.

Barbara McCaskill is Professor of English at the University of Georgia, where she has taught African American and Ethnic American literature for twenty-five years. She is the author of Love, Liberation, and Escaping Slavery: William and Ellen Craft in Cultural Memory (Athens: University of Georgia Press, 2016).  She is co-editing a collection of essays focused on the years 1880-1900 for the African American Literature in Transition series (Cambridge UP); and with Sidonia Serafini and the Rev. Paul Walker, she is at work on an edition of Rev. Stanford’s memoirs, speeches, and other productions.

Series of Antislavery Tracts of Which Half a Million are Now First Issued by the Friends of the Negro.

Harris, Jennifer.  “Locating Black Canada in the US Periodical Press: A 19th-Century

Letter from W. E. B. Du Bois to Travers Buxton. 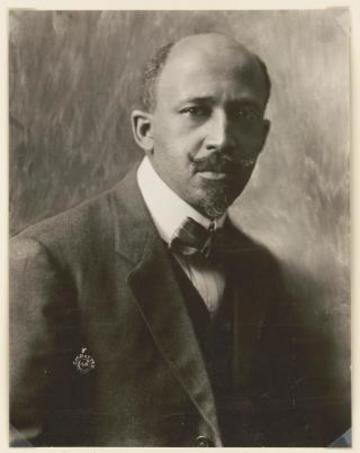