The programme for Oxford Translation Day has been released! The programme is absolutely exhilarating, featuring practical translation workshops, readings by acclaimed international poets, and talks by esteemed academics and translators. See more here. In Week 4, we have the Fiction and Other Minds seminar. The seminar will explore the rich interplay between the rhetorical details of literary texts and the way they draw on and appeal to our embodied experience beyond literature. (Please note that the seminar will begin at 5pm, not 4:30pm as previously advertised).

In Week 3 Eric Hayot gave the paper “What Happens to Literature if People are Artworks?” at Ertegun House. We had two excellent linked translation and creative writing workshops “‘The Bearer-Beings’: Portable Stories in Dislocated Times". The OCCT Discussion Group on Multilingualism took place on Tuesday St Anne's College.

1) Invitation to a workshop on diplomacy, art and literature between the Ottomans and the West - 17th and 18th century

Professor Daniel O’Quinn, School of English and Theatre at Guelph University is currently visiting fellow at New College, Oxford. He has a book in manuscript entitled After Peace: Untimely Encounters in Ottoman Lands, which explores the relationship between diplomacy and artistic practice in the late 17th and early 18thcentury in order to offer new perspectives on the relationship between war and global modernity. I am organising a workshop/seminar to discuss two chapters from the draft with interested scholars in Oxford. A summary attached describes those two chapters – on the paintings of Vanmour and the letter-book of Lady Mary Wortley Montagu.  If you can only read one, please focus on chapter 2/Vanmour.

Please fill in the doodle poll indicating if you are able to attend at the times indicated on 9 or 10 June and we will confirm a date and arrange to pre-circulate materials via Dropbox. Please fill in the form before 15 May if only to let me know you cannot join us? The intention is to hold the discussion in Professor Ros Ballaster’s office at 6 Mansfield Road (directly opposite the University Club). If you know of other scholars likely to be interested then please do forward the doodlepoll link below.

Aivali deals with the violent expatriation that took place during the war in Asia Minor between the Greeks and the Turks, in the wake of World War I. First the Christians were driven out of their ancestral lands in 1922, and then the Muslims were removed from their homes during the population exchange between Greece and Turkey. This graphic novel is a pastiche of 5 stories. One story deals with today (chapters 1 and 6), while the others (chapters 2 through 5) go back to the past, to the humanitarian disaster of 1922 in Asia Minor and to the population exchange (Greeks and Turks, Christians and Muslims) as stipulated by the Convention of Lausanne.

The book focuses on Aivali,a Greek city on the Aegean shore opposite Lesbos, where, after the expulsion of Greek Christians and the population exchange, the empty houses (still standing today) were inhabited by Turkish Muslims removed from Crete. So Ayvali is a city that both divides and unites the two peoples.

The chapters about the past are based on writings by three authors, two Greeks (Fotis Kontoglou, Elias Venezis) and one Turk (Ahmet Yorulmaz), shedding light on the drama of at least 2 million people, victims of nationalism and war, in both sides of the Aegean Sea. This graphic novel, however, doesn't limit itself to a “local” narrative, since the text deals with themes such as war, fanaticism, nationalism, brotherhood, coexistence and tolerance, which are timeless and concern everybody in Europe and the world, especially today, with the European crisis having awakened the sinister ghosts of nationalism, racism and hatred.

If you would be interested in collaboration or have suggestions about suitable publishers, please contact Catherine Fragou irislit@otenet.gr .

3) Please be reminded that the Inaugural Graduate Conference in Philosophy and Literature at Queen Mary, University of London, will be taking place on Friday, May 27, 2016.

Topic: The Problem of Mimesis in Literature

Our Keynote speaker is: Dr Paul Davies, University of Sussex

13.30 - 14.30 Session2
- Matthias Grüne: Mimesis of experienced reality. A new perspective on the poetics of German realism
- Stephen Klemm: Goethe, Mimesis, and the Operations of Nature

14.30 - 15 session 3 (1 paper)
- Florencia Sannders: The Reception of Jorge Luis Borges work in the GDR. A struggle for a mimetic literature?

Colin Elder (University of Kent): ‘Nature’s Resources: First Nations’ Negotiations of the Border on the St. Mary’s River, As a Social, Political, and Natural Conservation Movement, 1810-1880’ ​

Peter Keeling (University of Kent): ‘An Arch of Alliance or a Military Frontier? British Politics and the Tunnel Under the Channel, 1880-1894’

Bharain Mac An Bhreithiún (Middlesex University London): ‘Nationalism, Collective Memory and Ghost Signage in the Linguistic Landscapes of the Carpathians’

Ai Zhong (UCL): ‘Crossing Language Borders: Research on the Similarities Between the English and Chinese Languages’

Ben Turner (University of Kent): ‘On the Borders Between Conceptual Worlds: The Politics of Multi-Naturalism’

Leila Essa  (King’s College London): ‘Fissured Buildings and Futile Walls: Domestic Space as a Site of Border Allegories in Neel Mukherjee’s The Lives of Others and Eugen Ruge’s In Zeiten des Abnehmenden Lichts’

Steve Crawford (University of Kent): ‘Neal Stephenson and the Franchise State: Questioning Preconceptions of Nation States and Borders from a Legal Perspective’

Mathilde Poupée (Sciences Po Paris): ‘The Representation of Borders in the Arts’ 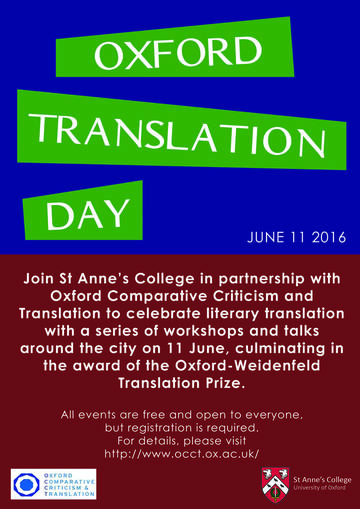