Two of the best-known writers from the Spanish-speaking world will be discussing the state of the modern novel this coming Tuesday (29 May, 6-7pm, St Anne's College). In a discussion chaired by Matthew Reynolds and Adriana X. Jacobs, Javier Cercas and Juan Gabriel Vásquez will be talking about their work, auto-fiction, and the development of the novel over the course of the last century.

For thought-provoking conversations about texts you might or might not know (or, quite often, might not realise you know), join the OCCT Discussion Group this coming Monday (28 May, 12.45-2pm, St Anne's, Seminar Room 10). Our guest will be Stefano Evangelista, Associate Professor of English. As always, no advance preparation is needed, and free sandwich lunch, fruit, and coffee will be provided.

Elif Shafak’s final Weidenfeld Visiting Professorship in Comparative European Literature lecture takes place on 24 May. The lecture will take the form of an open discussion. Last week we enjoyed Shafak’s lecture on Collective Amnesia and Collective Remembrance. The Discussion Group convened on Monday of Week 4.

1.Praxis (in Greek ‘Πράξις’, meaning ‘The Act’) was established in 2013, with a vision to promote contemporary Greek theatre. Ancient Greece was the birthplace of theatre. Everyone is familiar with the work of Sophocles, Euripides, Aristophanes. But what about modern Greece, what about art in Greece of indebtedness, austerity, unemployment? In fact, modern Greece has its own theatrical legacy. Praxis is proud to be the first team to introduce contemporary Greek theatre in its original language with English surtitles to the Oxford audience. Since our début, in May 2014, we have been annually presenting the newest contemporary Greek theatre pieces with great success.

This year’s production, ‘Splinters’, is a brand-new work by Nina Rapi, firstly performed in Athens in January 2018. Praxis, under the direction of Anastasia Revi, are translating ‘Splinters’ and presenting it for the very first time in the UK. An ensemble of seven short stories, ‘Splinters’ is a play about human relationships. 7 dialogues among friends, lovers, family members or internal, self-dialogues, that bring to light the never-ending quest for happiness, freedom, self-conscience and identity through our day to day interactions. The struggle between solitude and co-existence, between the self and the other.

This Encounter features author Dörte Hansen, whose novel Altes Land (2015) quickly became a favourite of the German reading public, and translator Anne Stokes. Stokes’ translation of the novel was published by St. Martin’s Press under the title This House Is Mine (2016) and has been long-listed for the 2018 International DUBLIN Literary Award. The novel tells the story of a beautiful old farm building in the north of Germany, focusing on the women of several generations, who found refuge in the house and made it their home.
Dörte Hansen was born in 1964 in Husum and studied linguistics at the Universities of Kiel and Galway. She wrote her dissertation on multilingualism and language contacts at the University of Hamburg and then worked as a writer and editor for radio and the press. Her first novel, Altes Land, published in 2015, has been translated into ten languages. Her second book will appear later this year.
Anne Stokes holds a PhD degree in German literature from Ohio State University and a PhD in English literature (creative writing and literary translation) from the University of Glasgow. She directs the Translation Studies programmes at the University of Stirling, and translates literary and academic texts from the German, including work by Sarah Kirsch (Ice Roses: Selected Poems [2014]), Monika Rinck, and Else Lasker-Schüler. Her translation of Altes Land (This House is Mine) was nominated for the ATA’s 2017 Ungar German Translation Prize.

Encounters: Writers and Translators in Conversation is organised by the Institute of Modern Languages Research in conjunction with the University of Nottingham, and is sponsored by the Keith Spalding Trust (University of London IMLR).

Gabriel Josipovici, described in the Guardian as ‘one of the very best writers now at work in the English language, and a man whose writing, both in fiction and in critical studies, displays a unity of sensibility and intelligence and deep feeling difficult to overvalue at any time’, will be reading from his new novel The Cemetery in Barnes and discussing 'unidentifiable literary objects' with Nicholas Royle (An English Guide to Birdwatching).

For more details and to book your place:
www.ntu.ac.uk/about-us/events/events/2018/06/public-lecture-by-gabriel-josipovici

Please note this is a public lecture and follows 'Unidentifiable Literary Objects: A Symposium'.
www.ntu.ac.uk/about-us/events/events/2018/06/unidentifiable-literary-objects

4. Who’ll ever be able to read a thing like this?’
(Jacques Derrida)

The symposium will conclude with a public reading and conversation with Gabriel Josipovici, described in the Guardian as ‘one of the very best writers now at work in the English language, and a man whose writing, both in fiction and in critical studies, displays a unity of sensibility and intelligence and deep feeling difficult to overvalue at any time’.

For more details and to book your place: www.ntu.ac.uk/about-us/events/events/2018/06/unidentifiable-literary-objects

At 11am on November 11, 1918, the armistice that effectively ended the First World War was signed. What came to be known as “The Great War” had a profound and lasting impact on the cultural fabric of the nations involved: as Paul Fussell wrote, “its dynamics and iconography proved crucial to the political, rhetorical, and artistic life of the years that followed; while relying on inherited myth, war was generating new myth.” Over the course of the 20th century, the concept of war evolved beyond historically traceable moments and events to include the consideration of war as site and influence shaping every aspect of lived experience. This conference seeks to examine ways in which literature and the arts have taken up and taken apart war and the myths surrounding it -- grappling with it both as subject and context while also considering the ways in which the experience of war molded, mutilated, and morphed artistic forms. Though the word “centennial” often rings of monolithic celebration, it is equally an opportunity to highlight the attempts of writers and artists to contain, contend, or survive war and to question and problematize preconceptions and existing views of war by investigating their inherently bipolar nature.

We welcome proposals from scholars working in a variety of disciplines including literature, film, art, history, philosophy, anthropology, and health humanities. Topics might include, but are not limited to:

● Constructions: Memory and History; Nostalgia and Critique; Erasures and Monuments

● (Dis)Figuring: Trauma and Heroism; Silence and Narrative; Violence and Aesthetics

Presentations should not exceed 20 minutes and should be given in English. Please send abstracts of 300 words to disfiguringwar@gmail.com by 15 August 2018. The title of the paper, presenter’s name, affiliation, e-mail address, and a brief bio should appear on a cover sheet, as well as any requests for technical equipment.

The conference will cover accommodations and travel.

In this public event, Professor Bate will be in conversation with Dr Mo Yan to talk about story-telling in literature for global audiences. The event will be of interest to anyone working on world literature, art and cultural studies and intercultural communication. Attendees will have the opportunity to ask questions in the Q & A segment.

7. Visualising Shakespeare: From Page to Stage

This session, as part of the ‘visual culture’ REF cluster with the Stirling Maxwell Centre, will be based in the Henry Heaney room in Glasgow University Library, allowing the original Shakespeare first folio to be present. The aim is to explore the move from manuscript, to text as artefact, to comic books, and finally to physical enactment. The first part delivered by Professor Laurence Grove, will offer an overview of how Shakespeare has been adapted in the visual arts, particularly in Gianni De Luca’s comic Hamlet (2012).The second part will compare the issues discussed with the actor Marco Gambino’s interpretation of Othello, adapted by Roberto Cavosi. Parts of this monologue premièred at the Rose Theatre Bankside in 2013 during the conference, ‘The International Voice in Shakespeare’, which has since become the basis for the co-edited book, Shakespeare, Italy, and Transnational Exchange (Routledge 2017). Gambino will perform three excerpts from the monologue (the opening, the murder scene, and the suicide scene), and, together in a Q&A with Dr Enza De Francisci, shed light on all the different visual aspects in terms of acting, staging, and translation.

This event has been generously sponsored by Glasgow University (School of Modern Languages and Cultures), the Italian Cultural Institute (Edinburgh), the Society for Italian Studies, and the Garibaldi Mazzini Charitable Foundation.

8. Registration is now open for the interdisciplinary conference on Performance, Trauma and Victimhood at UCL Institute of Advanced Studies on Wednesday 13th June.

For a programme of the day, please see the conference website.
You can register a place here. 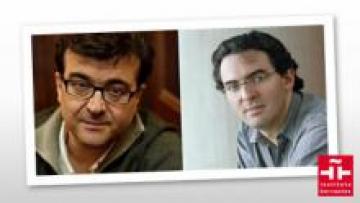