We're looking forward to seeing many of you at Oxford Translation Day and the end-of-term Discussion Group party!

This coming Friday and Saturday (8 & 9 June), St Anne’s College will be running Oxford Translation Day, a celebration of literary translation consisting of workshops and talks at St Anne’s and around the city, culminating in the award of the Oxford-Weidenfeld Translation Prize. The programme really has something for everyone – practical translation workshops, poetry readings with top poets, a translation slam, and talks with world-famous translators and inspiring writers! All events are free and everyone is welcome! For more details and to register, please go to http://www.occt.ox.ac.uk/oxford-translation-day-2018 .

Our last Discussion Group meeting of the term - and, indeed, the whole academic year - will take place next Monday (11 June), 12.45-2pm, at St Anne's, in Seminar Room 10 on the top floor in the New Library. It will be different from our usual meetings, though - we thought it would be great to round off the year by throwing a little party! No reading out of context this time, then, but a nice opportunity to get to know each other better, find out what everybody's been working on this year, and simply chat away. We hope to see those of you who've been coming to our meetings regularly this year, but if you've always planned to come and never made it, please join us too - it will be a great opportunity to meet us. We will be serving strawberries & Pimm's in addition to the usual free sandwich lunch, fruit and coffee!

Decadence, Magic(k), and the Occult

This two-day interdisciplinary conference is hosted by the Decadence Research Unit at Goldsmiths. Our aim is to investigate the role of occultism and magic(k) in the Decadent literary and artistic tradition through a consideration of the relationship between Decadence and the esoteric revival of the fin de siècle, providing an opportunity to re-examine the Occult roots of Decadence and explore the wide range of artistic responses to the blurred boundaries between Decadence, mysticism, ritual, and the Dark Arts. Is the meeting of practical magic and literary esotericism indicative of a symbiotic relationship between Decadence and the Occult, or does it represent merely another aspect of the Decadent rejection of mainstream ideologies?

Programme, abstracts, and registration details can be found at https://bads.gold.ac.uk/dmo

Death and Dying in the 18th Century

Interdisciplinary Workshop at the
Institute of Modern Languages Research, University of London

This half-day workshop will bring together scholars working across the arts, humanities, and sciences, whose research relates to bodies, death and dying in the long eighteenth century. Specifically, it hopes to explore how approaches to mortality and the afterlife changed in this period, as reflected in the literature, art, medicine, military discourse, and funereal and mourning practices of the period.

In our contemporary, health-obsessed society, death is kept out of sight as well as out of mind. As a result, illnesses – when they come – bring with them psychological traumas and existential doubts that many of us find ourselves unprepared for. The current Death Café movement and organisations such as Dying Matters aim to raise awareness about death and dying, and the need to prepare for the end of life. But when did we become so cut off from the experience of death in our everyday lives, and why do we fear it so much?

Medieval and early-modern philosophies of death were founded on St Paul's message to the Corinthians: that true faith in God would conquer death, and lead to an eternal afterlife for the believer (1 Corinthians, 15:55). Enlightenment philosophy was similarly built on the notion of Cartesian dualism: mind (soul) over matter (body). How, then, did the radical changes in political, social and medical thought in the eighteenth century affect notions of mind and body, and how in turn did this affect approaches to death and dying?

Harari, in The Ultimate Experience (2009), argued that the centrality of warfare had a profound affect on European society in the period ca. 1740–1856. War, he argued, was increasingly perceived as a 'revelatory experience', showing that the wounding and death of our bodies can teach us something that our minds alone cannot. At the same time, Kowalik (Theology and Dehumanization, 2009) explained that 'grief itself is a manifestation of modern subjectivity and is really only first observable in eighteenth-century Europe' (p. 24). Perhaps these developments are related: do both death and loss take on new dimensions – as ‘revelatory experiences’ – in this period? What were dead bodies able to ‘teach’ people in the eighteenth-century, and how (and when) did we forget these ‘lessons’?

Proposals for informal 15 minute talks are invited from participants working in any discipline, and at all career stages. This event is primarily intended as a springboard for interdisciplinary discussion and exchange, which is why participants are asked to keep their talks short and informal.

The workshop will be followed by a Death Café held nearby, which will also be open to interested members of the public. This will provide an opportunity for us to gain new perspectives on our work (as researchers), and to reflect on our own mortality (as people), over tea and cake.

If you would like to participate, please submit a brief (max. 200 word) abstract by Friday, 15 June,  to ellen.pilsworth@bristol.ac.uk, indicating whether or not you are also intending to come to the Death Café.

Language and culture play a key role in our understanding, experience and communication of pain. Yet it has become a commonplace that pain defies language – that it is such an intensely private and shattering experience that it presents a significant creative challenge to writers who seek to express, communicate and capture it. While much attention has been paid in recent years, particularly by those whose work is situated in the medical humanities, to the ways in which writers seek to overcome the creative challenge of pain, the focus has been on the Anglophone world. With the aim of forging a new international perspective on the language of pain that embraces the richness and diversity of European languages and literature, this event will examine the culturally-specific means by which writers, including patient-writers, in non-Anglophone European narratives, communicate the experience of being in pain. Suggested themes include, but are not limited to:

Proposals of 250 words for 20-minute papers that deal with any aspect of the above themes should be emailed to the conference organiser, Dr Steven Wilson (steven.wilson@qub.ac.uk), by Friday 20 July 2018.

Proposals are invited from early career scholars ­in Comparative Literature for academic monographs to be evaluated by a distinguished editorial board. The winner of the competition will receive a contract to publish the volume with Peter Lang.

Proposals for the Comparative Literature competition should be submitted to Laurel Plapp (L.PLAPP@peterlang.com) by 31 July 2018 and include an abstract (including chapter synopses), CV and a sample chapter (5,000 to 10,000 words in length) in separate Microsoft Word documents.

Proposals are welcome from scholars working on any aspect of Comparative Literature or World Literature and must be written in English. Research that fits within the scope of the Peter Lang book series New Comparative Criticism is especially encouraged (please see below and on the series webpage: http://www.peterlang.com/view/serial/NCC). Proposals under review elsewhere should not be submitted.

The winner will be offered a contract for a non-subsidised book to be published within six months of receipt of the complete and approved manuscript. Planned manuscripts should be 60,000 to 100,000 words in length. Authors will be expected to copy-edit the manuscript in accordance with the style guidelines provided.

Applicants should be early career scholars who have been awarded a PhD between 2013 and 2018 or expect to be awarded a PhD in 2019.

Decisions will be made by 1 December 2018 and the winner will be notified shortly thereafter.

5. ‘Auf deutschen Spuren’ is the title of this year’s competition, jointly organised by the DAAD and the IMLR. Following previous forays into poetry, prose, translation and dramatic dialogue, the fifth competition breaks new ground in asking entrants to make a short video on the theme ‘In the footsteps of German-language culture’.

Find out about historical or current traces of German-language culture in your area. Maybe an Austrian writer, painter or musician has immortalised your area? Or perhaps the house a few streets down the road was built by a Swiss-German architect? Do you frequently pass the German Bio-Laden or church in your borough? And, unexpectedly, you may have a neighbour with Romanian-German roots? Once you start looking, you’ll find more ideas than you expect!

The competition is open to students at secondary schools and Sixth Form Colleges, to undergraduates and postgraduates, to German mother-tongue speakers and anyone else who feels up to the challenge. Submissions can come from single entrants, or pairs or groups.

The film should feature German-language dialogue or voice-over and not exceed 3 minutes. The adjudicators will be looking for creativity and language use – rather than technical ability. Entries should comprise the written script alongside the video. All entries must be submitted online. The competition closes on 26 November 2018. 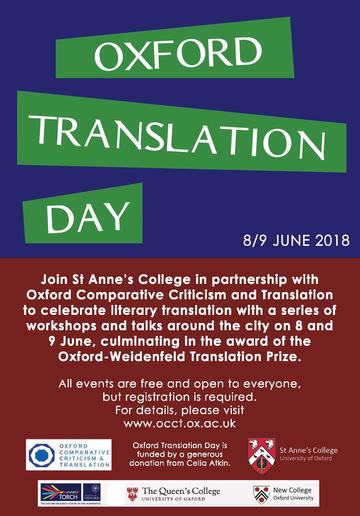