Thanks to a UK-China Humanities Alliance Early-career Visiting Fellowship, I travelled to Beijing in July to research the spread of literacy in early China. My main objective was to compile data on instances where the Jijiu pian primer was inscribed within Eastern Han brick tombs. This data is crucial support for my argument that such primers were memorized by construction workers and utilized as an alternative counting method.

The summer’s work proved to be extremely efficient, allowing me to gather a lot of useful data and resources. With the help of local archaeologists such as Hao Jianwen and Gao Yunbo, I personally inspected two Hebei brick tombs (Wangdu, and in the Dingzhou Shikeguan), where the Jijiu pian was painted repetitively across their vaulted-ceilings, learning much about this writing was incorporated by the builders in their construction of the tomb. Hao moreover shared important photographs of Jijiu pian inscriptions from another tomb in the area, that has since been destroyed and remains unpublished. My survey of Hebei brick tombs also uncovered another case with Jijiu pian inscriptions on the ceiling, this in the tomb of Zhen Qian excavated in the 1950s. Director Yin Xiaoyan graciously hosted me at the Qian’an Museum, allowing me to view another brick with an inscription I believe cites the Cang Jie pian primer.

I hoped to visit sites in both Henan and Anhui as well. In regard to the tomb near Luoyang, Wang Xianqiu sent me an image of her hand-drawing for its Jijiu pian inscription, which is much clearer than the previously published image in the brief report. The full report should be released soon as well. I therefore decided that a trip was unnecessary. In regard to the Bozhou tomb, my colleague Zhang Wenjie helped me contact personnel at the museums currently storing bricks from this site. Unfortunately, the brick I need apparently has been misplaced, and thus I did not travel to Anhui.

In addition to the above fieldwork, I also visited the National Library this July, where I saw a rubbing of a Han period ceramic inscription of the Cang Jie pian’s opening line, and purchased numerous books not available at Oxford. This included both Diwan Han jian and Hanguo mujian yanjiu, mentioned in my application, as well as Jijiu pian jiaoli, the most current research on this primer. Moreover, I met with Zhu Fenghan and Chen Kanli from Peking University, at which time we discussed their forthcoming publication of the Cong Zheng zhi jing Qin manuscript, among other topics.

I am tremendously grateful to the UK-China Humanities Alliance for your support of my research this past summer. Not only was I able to access data and books unavailable to me at Oxford, but I was afforded the chance to build relationships with Chinese scholars, hopefully laying a foundation for future collaboration. 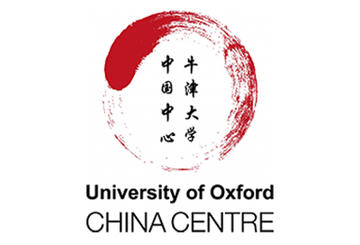