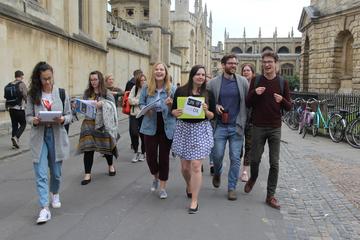 Uncomfortable Oxford began in 2018 with the generous support of the AHRC-TORCH Graduate Fund. This public engagement project - now turned social enterprise - was born out of a perceived need for a better way for humanities researchers to engage with the uncomfortable aspects of Oxford’s past, in a public format.

Its founders, Paula Larsson and Olivia Durand, are both DPhil students in History, who research topics ranging from imperial legacies to systems of global power. Many of these conversations can be carried directly into the Oxford landscape, which holds an abundance of statues, names, buildings, and legacies from the colonial past.

Uncomfortable Oxford was created to allow academics to recognize these ‘uncomfortable’ histories within the city in a productive and engaging way for any member of the public - locals, tourists and students. Over a year later, Uncomfortable Oxford runs tours regularly on numerous themes, from memory to money.

What makes our format unique?

What topics do we cover?

How often do we run?

The generous support of the AHRC-TORCH Fund allowed this project to kick-start into a growing movement, at the intersection between academia, education and community - we look forward to seeing it continue expanding! 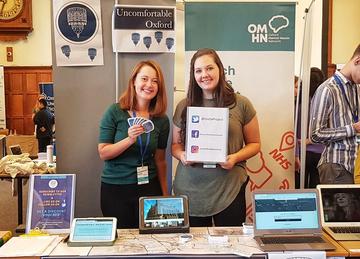