Uncomfortable Oxford is a unique public engagement initiative led by doctoral students at the University of Oxford. For the past two years it has been running walking tours of Oxford, raising uncomfortable conversations of imperialism, inequality, and discrimination. The core of its mission is to provide systemic public engagement that raises awareness about uncomfortable legacies of the past and their impact on our shared present. The organisation has collaborated with a variety of institutions across Oxford and beyond, including the IF and Being Human Festivals, the Ashmolean Museum, the Bodleian Libraries, the Wellcome Centre for Ethics, and the Royal Shakespeare Company.

At the beginning of the academic year, Uncomfortable Oxford received an AHRC-TORCH Graduate Fund to set up a podcast series. Little did we know that this digital platform would turn into an opportunity to reach a much larger public, as our regular activities were progressively put on hold due to the COVID-19 pandemic. The idea for a podcast stemmed from a monthly public lecture series they began in October 2019. The lectures series was created in response to public demand. After running weekly walking tours for two year, it became clear there was a limited general awareness about the history of colonialism, and more particularly, of the British Empire. Many tour participants mentioned the need for more resources on these histories and the public lectures series was born. Each lecture was subsequently recorded and released as a podcast, titled: A Very Brief Introduction to the British Empire.

The podcast is still ongoing as we work our way temporally from 1500 CE to the modern day! It is divided into 3 Modules, which each contain 3 lectures:

Plus, in light of the pandemic, listen to our bonus pilot episode on Disease and Empire!

Transitioning to a digital format has been exceptionally rewarding. It allows us to increase our impact exponentially and reach a wide, diverse audience. As of August 31, 2020, the podcast series has been downloaded over 6,000 times across 80 countries. It has also been utilised as a resource for teaching the history of the British Empire in schools, and many teachers across both the UK and Canada have reached out to say that it has been a useful teaching tool.

The first episode of the final module, ‘Unmaking Empire’, will be released in September 2020. Visit the website https://www.uncomfortableoxford.co.uk/ to learn more about Uncomfortable Oxford’s activities, which now include online guided tours, reading groups, and a series of public talks. Read our academically researched blogs, and in particular our series, ‘On Statues’.

The podcast “A Very Brief Introduction to the British Empire” is gratefully funded by the AHRC-TORCH Graduate Fund. 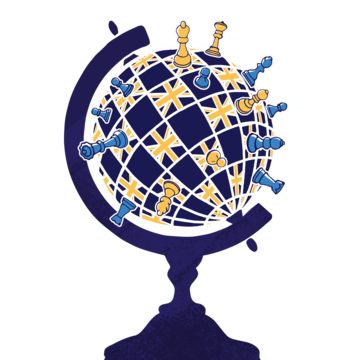