On Thursday 22nd July, we held a conference entitled ‘Uprooting the Anthropocene: (re-)centring trees in tree-human relationships’. It took place on Zoom and was supported by TORCH’s Environmental Humanities Network. The aim of the event was to provide an interdisciplinary discussion of trees and their relationships with human and non-human others, prioritising the perspectives of the trees. It brought together early career researchers and more established scholars, as well as creatives and those working with trees in different fields, from across the globe.

The Humanities have much to offer in our attempts to engage with the climate crisis. We can interrogate the assumptions which have led us to ecological catastrophe, and suggest alternative ways of understanding the world around us. In recent years, there has been much interest in the Humanities in thinking about how humans perceive and relate to nature. However, this work has tended to privilege human perspectives. Meanwhile, other fields have begun to recognise the agency and intentionality of other beings. We therefore wanted to try to consider what these understandings could mean for us. How might the Humanities look if we decentre the ‘human’?

Uprooting the Anthropocene opened with a panel discussion between Laura Rival (University of Oxford), Monica Gagliano (Southern Cross University) and Mike Bintley (Birkbeck, University of London), who shared perspectives from their research on related fields. The aim here was to open the dialogue and help audience members who were less experienced in working with these concepts to gain a grounding in them. This was followed by an art screening and Q&A session with artist Zheng Bo. After this, we began the panel sessions. We heard papers from anthropologists, architects, urban planners, archaeologists, philosophers, and writers, and viewed works by creatives. Contributors came from across the world, logging in from places as geographically dispersed as Nepal, Colombia, and Oxford.

As hosts, what struck us most was the enthusiastic and sustained engagement on the part of audience members and panellists alike. We had over 430 people register to attend the conference from across the globe, and viewing numbers remained high throughout the day. Equally, speakers who work in very different fields were eager to listen and respond to the contributions of others, creating a rich, interdisciplinary discussion and a sense of community despite geographical distance and the mediation of screens.

These were powerful and wide-ranging contributions that built up numerous interrelated and mutually complementary ideas and themes. As organisers, we came to realise that if we were to organise the event again, we would give it a different title. It became clear that we do not need to ‘uproot’ the Anthropocene. In fact, the sense of humans as detached from non-human others has been and continues to be a major cause of the climate crisis. If we are to address the issues currently faced by the planet, we need to re-root humans: to understand ourselves as deeply connected with every other in the world around us.

This kind of conversation demonstrates what can be achieved when those working in the Humanities engage with those working across disciplines. By considering the findings and ideas of scientists, architects, artists and others, we can begin to pick apart and alter our existing understandings. Questioning our assumptions and developing new approaches is crucial in light of the climate crisis: it is clear that significant global warming caused by human actions will have dangerous effects and many of these changes will remain irreversible for centuries to millennia. Moreover, it is increasingly evident that this crisis is emerging from deeply-rooted systems of human thought and social organisation; ones in which the Humanities and the Western academy more generally have played a major role. It therefore is vital that we learn to think differently. 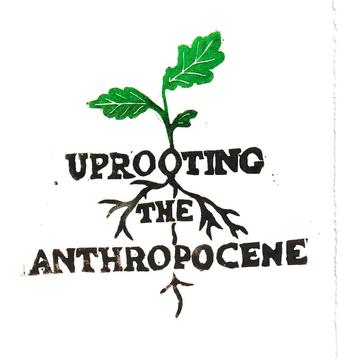