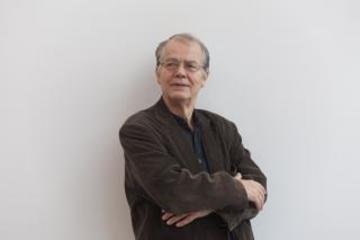 The launch of Volker Braun, Rubble Flora: Selected Poems, translated by David Constantine and Karen Leeder (New York, London, Calcutta: Seagull, 2014) took place in Oxford, at the ROQ on 11 November 2014. Despite a rainy night and the unfortunate illness of Braun himself, a group of hardy souls gathered to hear David Constantine and Karen Leeder give a bilingual reading of the poems and talk about Volker Braun and the business of bringing his passionate and angular poetry into English. The volume is the first collection of Braun's poetry to be published in English and covers 50 years of poetry from one of his first poems, ‘Rubble Flora’, which gave the volume its title, to a poem written in response to the demonstrations on Taksim Square in Istanbul written in 2013 and not yet published in German. This is one of a series of projected events which will see the book presented in Aldeburgh at the International Poetry Festival 2014; London at the Goethe Institute, and in India and the USA.