Given the media attention around the Catholic Church’s latest synod on the family, with its rumours of schism, plots, and the self-outing of a gay Vatican priest with his partner, one might think that the whole event was scripted by Umberto Echo or Dan Brown. But its effects, which reinforce much of the Church’s teaching on the family, may prove long-lasting.

Despite reports saying otherwise, the Pope’s office has not been undermined. It is being used in a fresh, dynamic way, to give space to the complex plurality of experience and meaning about the spiritual and religious realities of marriage and family life. This is particularly relevant given the shifting social, economic, political and cultural circumstances.

The Catholic Church is a global reality, with roots in the cultures of many nations and peoples. It is a major provider of education, healthcare, assistance to refugees and other marginalised and vulnerable groups. It has a special and lasting commitment to the poor, vulnerable and displaced. So, the church’s understanding and approach to such fundamental social and human institutions as marriage and family will have impact.

The role of the synod

A synod has no real analogue in secular society. It is a meeting of bishops gathered to determine some aspect of the faith or discipline of the Catholic Church. No doubt such meetings will entail a fair amount of politics, but bishops in the church are not politicians or representatives, like elected members of local councils or parliaments.

Their primary responsibility is to preserve the truth and vitality of the Christ’s revelations, and the integrity, mission, and unity of the church. The bishops are also called to have a special care for those who are poor and vulnerable in and beyond the Christian community.

Since the second Vatican Council in 1962-65 international synods of bishops have become a regular part of the church’s process of reflection and renewal. The process is not only one of deliberation and debate but essentially one of discernment: a desire to discover and co-operate with God’s action in the community of faith and in the world.

A collegial way of leading

One of the most important and innovative aspects of this synod on the family is way in which Pope Francis, who summoned it, has listened and contributed. There was a free “space” for the debate and encounter, for arguments and difference. Yet, he has not let the synod forget that it is also experiencing and implementing a process of discernment.

However this synod is ultimately judged, it marks a significant change in the role of the Papacy within the church and the way it fosters the reality of “collegiality” – the collective and shared nature of the church’s leadership.

The synod was well prepared both in content and process by the Pope who skillfully opened up the theme in 2014 with the extraordinary assembly of bishops and a wide process of consultation. He combined this with strong signals that the church needed to review its pastoral practice in supporting families – particularly those who found themselves divorced and remarried and therefore formally excluded from receiving holy communion.

The Pope emphasised the need to promote the family and its privileged place is society, especially when under pressure from movements in the economy and the resulting social upheaval. In September, he also announced the streamlining of the church’s procedures for annulling marriages, or declaring them invalid from the start. This is so that people, rather than waiting for a length of time – years in some instance – are not denied their right to a speedy judgement.

An institution to stand up to all others

The synod ended with the publication of a final document, Part One, La Chiesa in Ascolto Della Famiglia (The Church listening to the Family) attempts to understand the diversity, energy, and importance of family as a real and necessary human and social good. It is not naive about the personal as well socio-economic problems that people have to face.

It recognises that “family” is also a changing reality with a wide range of expressions and meanings. Yet, the family is enduringly resilient and adaptable, especially in times of crisis: its bonds not only support us, they locate us even when we leave or reject them. An often overlooked aspect of the church’s commitment to the family is its perception of the family as the personal space or sanctuary from the intrusive and over reaching tendencies of the State. The family is the first great bulwark against totalitarian systems whatever way they manifest themselves.

The church has never wavered in its defence of the family, not in opposition to social progress but as essential to its achievement. In Europe and North America we have been experimenting with the practice and meaning of marriage and family for some time. It is too easy to dismiss the church as out of step – holding on to a simplified past rather than embracing a liberal, complex future.

If Pope Francis has changed the context, at least for the church, the synod has contributed to a deepened understanding of what marriage and family means beyond the recent debates in Europe and the West.

Apart from a comprehensive sketch of the different dimensions and circumstances of family and marriage life, the synod has also viewed it within a teleological perspective: what is the ultimate purpose of marriage and family and what is the final good to which they are directed? Contemporary culture is suspicious of such a teleological approach, but in Catholic thought it allows for a much fuller and less reductionist understanding of human beings and the societies that we are attempting to create.

In its final report, the synod offers questions and challenges which can only serve the much more sustained reflection that we all need to have if we are to create and shape a richer, healthier, human and social ecology. The synod submitted its report to Pope Francis who will use it in fashioning his own fuller response. It will be interesting to see what he does with it.

This blog was originally posted on The Conversation. Click here to read more posts. 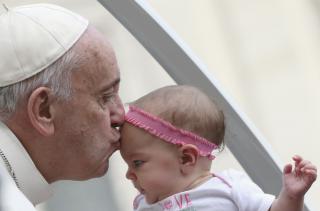