Why universities must seize the chance to help "reset" society

Originally published on Nature Index, Professor Mark Dodgson and Professor David Gann outline the role of universities in innovation, including TORCH's work on external partnerships in the humanities. 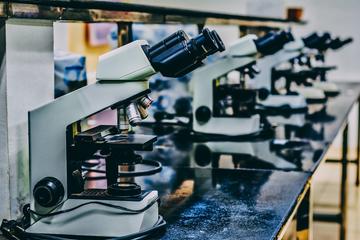 The pandemic presents universities with a golden opportunity to remind us of their immense value, most obviously, by supporting the development of tests, treatments and vaccines, (Oxford University’s COVID-19 vaccine partnership with AstraZeneca, for example), but also advising on the pandemic’s broader implications for the wider world.

Historians can offer lessons from past pandemics. Economists, sociologists, political scientists, ethicists, and humanities researchers can suggest ways of managing the economic, social and political disruptions and propose options to rebuild better societies.

Just as significantly, though, universities hold the keys to managing the revival of social and economic systems globally, in what the World Economic Forum is calling The Great Reset. Universities are crucial sources of ideas and innovations that lead to new jobs and industries, and a more sustainable and inclusive future. They are reservoirs of knowledge, expertise, and facilities.

University entrepreneurship helps connect the supply of and demand for solutions to society’s needs. Entrepreneurial agility and skill will be needed as new and existing organisations innovate in response to disruptions caused by the pandemic.

Universities already have the know-how, venues and mechanisms to help businesses and social enterprises as well as to equip staff and students with requisite skills and networks, including links to venture funding.

Stanford University, for example, offers at least 150 entrepreneurship courses. Imperial College’s Enterprise Lab provides infrastructure including a wide variety of incentives and competitions to encourage start-ups, and support facilities such as the “Advanced Hackspace”, a network of workshops, labs and offices where staff, alumni, students and commercial partners can work together on prototype products and solutions.

Oxford University supports fledgling companies through its Oxford Foundry, while its TORCH initiative encourages external partnerships in the humanities. But all universities will need to do more especially as many nations increase investment in R&D to help kickstart their economies.

The countries that will succeed most in the ‘Great Reset’ are those that will consistently prioritise support both for R&D across all disciplines, and for entrepreneurial ecosystems around universities to translate that research into beneficial innovations.

Developing such ecosystems involves offering spaces and professional support for start-ups and scale-ups, and attracting investors and corporate partners to co-locate around centres of research excellence.

Such ecosystems need careful and consistent stewardship, providing one of the most important roles for university leaders. Their strategies should concentrate on providing the facilities at a scale and density that support firms such as DnaNudge.

DnaNudge is an academic spinoff located at Imperial College London’s innovation campus that developed a platform for DNA testing. In a period of nine weeks the company pivoted to create, and receive regulatory approval for, a one-hour test for COVID-19, now used in the UK’s National Health Service. It drew on co-located academic research, business networks, and Imperial’s hospitals for testing and clinical trials.

To further ease the translation of research into business, universities should incentivise business collaborations more, by accelerating decision-making, improving their research efforts in entrepreneurship, and increasing the scale of their high-quality education and training courses in the subject.

Universities will need to be both rigorous and agile, bringing together the evidence base and experimentation of research with the risk-taking innovators who act as go-betweens for research, industry and the public.

They need to appreciate the fast pace at which businesses often operate in a competitive environment while also retaining their distinctive focus on long-term, fundamental research. They also need robust decision-making processes to judge which ventures to back.

Of course, the underlying financial health of universities – and the breadth of all their disciplines - is the make-or-break factor in applying their entrepreneurial expertise. Some nations are meeting the task of supporting their universities better than others following the loss of the international student fees on which they previously depended to fund their research.

A survey of researchers in the UK showed increasing polarisation in working hours, with some working longer hours but more working less. Early career academics particularly face challenges, but all researchers report declining opportunities for funding and publishing.

In Australia, the sector’s peak body, Universities Australia, estimates that 21,000 jobs are at risk out of a pool of 259,000 university positions.

Countries whose R&D performance has slipped over recent years have recognized the extent of the challenge. The UK is committed to US$28.6 billion R&D expenditure annually by 2024-2025, increasing its R&D investments towards the OECD average of 2.4%, from 1.7% in the latest 2018 figure.

The UK government is also undertaking significant initiatives such as creating an R&D Roadmap and launching science “moonshots”: disruptive, ambitious and multi-disciplinary projects aimed at solving an important societal issue.

Australia, where R&D spending fell from 2.2% of GDP to 1.7% between 2008 and 2017 according to the OECD, has announced an additional US$700 million from the federal government budget, and an investment of US$1 billion (over four years) in a manufacturing initiative.

US President elect Joe Biden has promised a US$300 billion investment over four years in R&D and “Breakthrough Technologies” to support job creation in “high-value manufacturing and technology”. Germany recently announced roughly US$113.8 billion in annual R&D funding. It has steadily increased its commitments to R&D as a percentage of GDP over the past decade to over 3%.

There are questions whether such increases in expenditure are sufficient given the extent of the problems to be addressed, but the manner in which they support innovation from universities will be crucial.

David Gann is Pro-Vice-Chancellor (Development and External Affairs), and Professor of Innovation and Entrepreneurship, University of Oxford.

This article is a repost from Nature Index. Find the original here.