Alexandra Hughes-Johnson’s Knowledge Exchange Fellowship gave her the opportunity to expand her existing interests in women’s suffrage and political networks, whilst working with the National Trust (NT) on ongoing research linked to its 2018 Women and Power Programme.

Alexandra’s project connects academic research on women’s suffrage campaigns within the British Empire to collections, properties and people associated with the NT, revealing new stories behind them. Initial research identified the NT properties Dunham Massey, Wightwick Manor, Mount Stewart and Kedleston Hall as the project’s main case studies; the men and women who lived in these properties were deeply involved with suffrage and colonialism from a variety of standpoints.

George Curzon of Kedleston Hall was Viceroy of India 1898–1905, and also Co-President of the National League for Opposing Women’s Suffrage – an organisation that used the language of Empire in its anti-suffrage literature. Wightwick Manor was owned by The Mander family; their wider familial network included Alan and Lionel Mander, who married Sudhira and Pretwa, the daughters of the Maharajah of Cooch Behar. This connected the Manders to the Indian campaign for enfranchisement during the 1920s and 30s. Sudhira and Pretwa’s aunt, Mrinalini Sen, was heavily involved in suffrage agitation in London in 1919 and became a central figurehead for the women’s movement in Bengal during the 1920s.

Alexandra has also been analysing property-centred collections alongside the archives of local, national and international newspapers, as well as a range of suffrage periodicals. This has enabled her to map interactions and exchanges between a number of NT properties, the international suffrage movement and broader women’s rights campaigns. She has explored the role of race and colour in shaping women’s experience of the colonial suffrage movement, and placed women’s experiences in the context of imperial conversations and debates surrounding citizenship and nationalism.

This exercise has brought to light a range of stories and histories previously unknown to the National Trust, that will engage and enlighten National Trust staff and the general public. These diverse histories are being shared with the National Trust through the production of a downloadable Knowledge Exchange Research Guide; the information in it will help to inform property tours and contribute to exhibitions and displays at the partner properties. Alexandra will also organise a number of property-based research sharing days to explain some of the project’s findings to NT volunteers and employees, who can then use them to enhance the visitor experience. 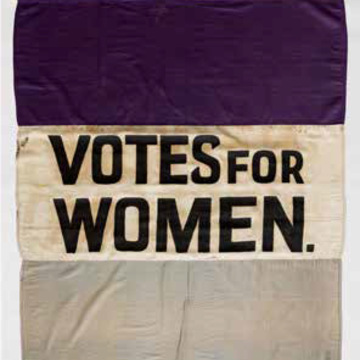