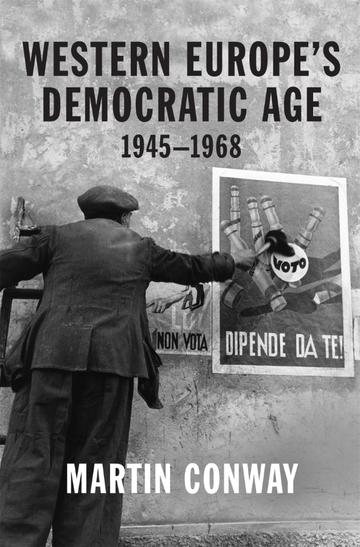 Why and how were West Europeans converted to democracy after 1945? The outcome of the Second World War provided a point of departure, but Europe’s unhappy experiences with democracy during the nineteenth and twentieth centuries suggested that the new democratic regimes of Europe would be short-lived, especially given the shadow cast by Soviet power in the east. And yet democracy endured and flourished, to such an extent that by the 1960s the democratic identity of Western Europe seemed irreversible. The purpose of this lecture is to explore how this sea-change in West European political norms took place. Rulers had some part to play in this story, as did the Cold War. But the deeper change was the emergence of a model of democracy that combined rituals of popular sovereignty with effective state authority, and the provision of new resources for its citizens. Democracy became the mechanism of compromise for Western Europe. It rejected projects of radical social and political change, blunted old national antipathies, and encouraged projects of socio-economic modernization. Above all, it made West Europeans feel that they were free.

Martin Conway is Professor of Contemporary European History, and a Fellow of Balliol College. He is the author of a number of books on aspects of mid-twentieth-century European history, including The Sorrows of Belgium: Liberation and Political Reconstruction, 1944–1947 (OUP, 2012).

To buy the book for only £20 (33% discount), please visit Princeton University Press and enter CON20 in the Discount Box.