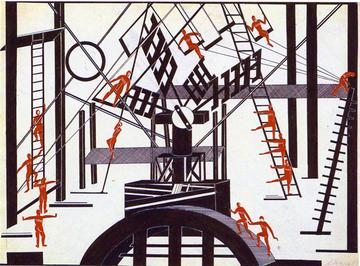 This network has been formed to examine responses to the Soviet Union in the first decade after its formation in 1922, one hundred years ago this year. The recent Russian invasion of Ukraine prompts us to examine the history and the legacy of the relationship between Britain and the nations that made up the Soviet Union. The foundation of the Soviet Union had immense political significance in Britain, not only for people in the British Isles, but also people subjected to British imperial rule across the globe. This network will attend in particular to the way that political significance was expressed in culture: what was the cultural impact of the Soviet Union in the British Empire, and how well were the distinct cultures of the Soviet Union’s nations understood? Our aim is to address these questions through interdisciplinary discussion and to establish a project of recovery. The relevant primary source materials from the period are not easily accessible: few of the journals are digitised, British agit-prop plays were rarely scripted, ballet choreography was not recorded, music was only sporadically reviewed, and films were censored. A central task for the network will be to examine how local, national, imperial, and international power was and is coded into cultural forms, and how those forms were translated as they moved across the globe.

Founding members of the network come from the disciplines of English Literature, History, Music, Politics, and Slavonic Studies, and we welcome participants from across the University and beyond. Each term we gather for a lunchtime discussion group linked to an event on a particular theme: dance, imperialism, socialism, music, theatre, film. Readings for the discussion groups will normally be circulated in advance, but everyone is welcome to attend, whether they have read the materials or not.

If you are interested in joining the Network, attending our discussion groups and events, please contact rebecca.beasley@queens.ox.ac.uk

Most of our events are free to attend, but donations to support those suffering from the war in Ukraine are welcome:

The Ukraine Conflict Appeal Fund: The University has established a fund to support students and academics affected by the ongoing crisis. The Fund will support up to 20 undergraduates and 20 postgraduates though a Studentship scheme for the 2022-23 academic year.