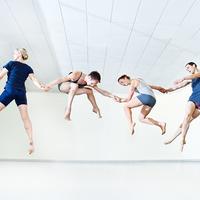 'Dance as Grace: Paradoxes and Possibilities'

The concept of grace has played a central role in defining dance aesthetics from ballet’s origins in seventeenth-century French court culture through nineteenth-century Russian classicism to neo-classicism in the twentieth century (e.g. George Balanchine or Kenneth MacMillan). But grace has also been challenged and contested throughout this history and especially by innovations in contemporary dance from the 1890s onwards (Isadora Duncan, Martha Graham, Katherine Dunham, Merce Cunningham). This project investigates grace as an ideal in dance and disruptive traditions that have explored the possibilities of ungraceful movement such as mechanical, disjointed, robotic, and deliberately “ugly” forms of expression. It also explores the question of whether grace is distinctively human or whether it can be achieved by machines or nonhuman agents (e.g. computer-generated figures).

The project evolves from research on literature and dance by Susan Jones, whose book on Literature, Modernism, and Dance and current work on Samuel Beckett and Choreography, combined with previous experience as a soloist with Scottish Ballet has led her to explore the intersection of literary aesthetics and the history, theory and practice of dance. In this project on “Grace” Sue brings together a unique collaboration between Yorke Dance Project (London), directed by Yolande Yorke-Edgell, and scholars at the University of Oxford. Yorke Dance Project specialises in re-staging neglected twentieth-century ‘modernist’ classics that have employed both graceful and ungraceful choreographic styles. The project looks at grace’s role in the humanities, specifically exploring links with literature, theology, philosophy, dance and art history, but also explores the relationship between grace and biomechanics by engaging with engineering. Participants from biomechanics and robotics will consider these choreographies in relation to constraints in space and time, poise, the optimisation of energy, balance, speed, and body proportion as constituents of grace. Thus the question of what constitutes physical grace lies at the heart of the enquiry but also leads to the contemplation of other perceptions of grace, including the ‘grace’ of machines or the human as machine.

Yorke Dance will present a series of solos, duets and trios from their repertoire, to be filmed at the Jacqueline du Pré Building, St Hilda’s College. The extracts, chosen for their distinctive choreographic styles (ballet, contemporary dance), are drawn from reconstructions of Kenneth MacMillan’s Sea of Troubles (1988; a one-act Hamlet) and Playground (1979; on mental health); Martha Graham’s Lamentation (1930) staged by Robert Cohan (founder of London Contemporary Dance) and Cohan’s solo for Yolande Yorke. Taking inspiration from Cohan’s remarks about ‘the economy of graceful movement’ always reflecting the efficiency of the mover’s co-ordination, academics will be invited to observe these performances and discuss with the dancers research questions related to the history and aesthetics of grace and its oppositions. The debate envisions a mutually beneficial dialogue through which choreographic practitioners and academic scholars might better understand the physical manifestations of grace in relation to their respective fields.  The project will be disseminated through a series of symposia with experts, and presented for discussion with wider the wider public and local educational bodies. Filming of the project will lead to release of YouTube segments for educational and outreach purposes.