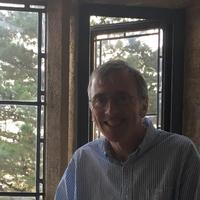 Gervase Rosser is Professor of the History of Art and curator of the joint exhibition about Dante which will open at the Ashmolean Museum (‘Dante and the Invention of Celebrity’) and Bodleian Libraries (‘Dante from Manuscript to Manga’) in September 2021. His work on early Italian painting has engaged with the relationship between ideas, texts and images in the art of Duccio, Giotto, and other contemporaries of Dante. He has contributed an essay on Dante and the visual arts to the Oxford Handbook of Dante, due to be published in this anniversary year. 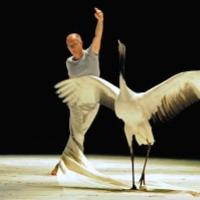 Luc Petton founded the dance company Le Guetteur in 1994. An avid ornithologist since childhood, he began to work with birds in various projects. In addition to his staged choreographies, he intervenes with his company in hospitals to work with disabled children and the elderly. Birds do not share the language barriers of human beings and consequently can help to establish new modes of communication. Ainsi la Nuit is a creation by Luc Petton launched in 2017 which responds to Dante’s Divine Comedy through the movements of dancers, owls, a vulture, a wolf, and a circus artist. At an event to be hosted at the Bodleian Library in November 2021, Luc Petton will introduce a screening of a film of this production. Luc Petton is an Officier of the French Ordre des Arts et des Lettres. 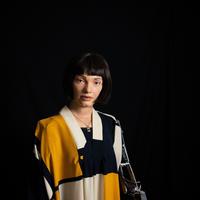 Ai-Da Robot is the world’s first ultra-realistic humanoid robot artist – named after Ada Lovelace, the pioneering female scientist and mathematician. Ai-Da was devised by Gallery Director Aidan Meller, with academic research by Researcher and Curator Lucy Seal. Constructed by Engineered Arts, and completed in 2019, Ai-Da is designed with the capability to create art and uses AI algorithms to produce work that holds a mirror up to society, and challenges the current and future uses of artificial intelligence. Since 2019, Ai-Da has featured in over 1,000 publications, and has travelled internationally for talks, fairs and exhibitions including the Barbican, Tate Modern, Abu Dhabi Art, TEDx, the UN and Ars Electronica. Ai-Da uses art historical perspectives to inform her work, with references from Dada, postmodernism, performance art, and medieval manuscripts. For ‘Dante and the Invention of Celebrity’ at the Ashmolean Museum, Ai-Da will use a variety of AI programmes, including her AI language model, to respond to Dante's Divine Comedy. Her art illustrates the timeless relevance of Dante's work, that still has the power to have an impact on us as we move into our rapidly morphing future.