A Concatenation of Rumour 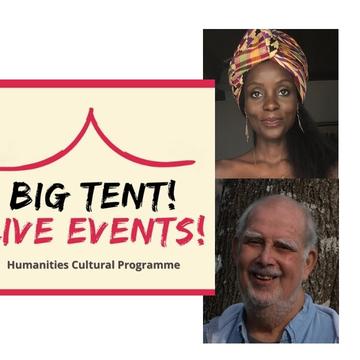 Part of the Humanities Cultural Programme, one of the founding stones for the
future   Stephen A. Schwarzman Centre for the Humanities

Named after the original title of Richard Rathbone's book on Nana Ofori Atta I, the King of Akyem Abuakwa in Ghana, this talk will be the first that celebrates the paperback edition of Nana Oforiatta Ayim's celebrated novel The God Child. Both books have the kingdom as their centre, with Nana Oforiatta Ayim's book drawing on that of Richard Rathbone, as well as on her family's memories, for her fictional narrative.

In this live event the two discuss the interplay of academia and fiction and how narratives are shaped and reshaped according to the telling. They also talk about the nuances of privilege, leadership, and of royalty within a West African kingdom and how this has evolved through time. 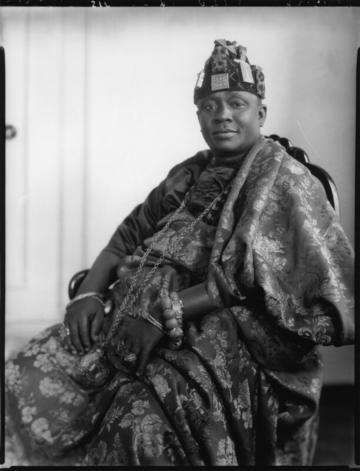 Nana Oforiatta Ayim is a Writer, Filmmaker, and Art Historian who lives and works in Accra, Ghana. She is Special Advisor to the Ghanaian government on Museums and Cultural Heritage, leading the country's museums restructuring programme. She is also Founder of the ANO Institute of Arts and Knowledge, through which she has pioneered a Pan-African Cultural Encyclopaedia, a Mobile Museums Project, and curated Ghana’s first pavilion at the Venice Biennale. She published her first novel The God Child with Bloomsbury in 2019, and with Penguin in German in 2021. She has made award winning films for museums such as Tate Modern, LACMA and The New Museum, and lectures a course on History and Theory at the Architectural Association in London. She is the recipient of various awards and honours, having been named one of the Apollo ’40 under 40’; one of 50 African Trailblazers by The Africa Report; a Quartz Africa Innovator in 2017; one of 12 African women making history in 2016 and one of 100 women of 2020 by Okayafrica. She received the 2015 the Art & Technology Award from LACMA; the 2016 AIR Award, which “seeks to honour and celebrate extraordinary African artists who are committed to producing provocative, innovative and socially-engaging work”; a 2018 Soros Arts Fellowship, was a 2018 Global South Visiting Fellow at Oxford University, is a Principal Investigator on the Action for Restitution to Africa programme, and was appointed to the Advisory Council of Oxford University’s Cultural Programme in 2020.

Richard Rathbone was born in war-time London. His father and mother worked for the BBC but during the war his father was an RAF pilot and he was killed soon after my birth. His childhood was largely spent in and around London. In 1964 Richard began his research career at the School of Oriental and African Studies where he worked under the pioneer historian of Africa, Roland Oliver. He was appointed o teach in the history department at SOAS in 1969, where he worked until early retirement in 2003. During that time Richard served as Chairman of the University of London's Centre for African Studies and as SOAS' Dean of Postgraduate Studies and was promoted to a chair in modern African history in 1994. Life was episodically interrupted by a series of research trips to Ghana and a variety of fellowships to universities in Cape Town, Johannesburg, Harvard and Princeton as well as for shorter periods to Bordeaux, Lesotho and Toronto.

Richard's current appointments include Emeritus professor and professorial research associate at SOAS and honorary professor in history at Aberystwyth University. He has also served on the Council of the Royal Historical Society, most recently as one of its vice-presidents. In 2017 he was elected a Fellow of the Learned Society of Wales.

Dr. Laura Van Broekhovenis the Director of the Pitt Rivers Museum and Professorial Fellow at Linacre College, University of Oxford. Previously she led the curatorial department of the Dutch National Museum of World Cultures, was Senior Curator for Middle- and South America and was departmental lecturer in archaeology, museum studies and indigenous heritage at Leiden University. Laura strives to develop a more equitable decolonised praxis in museums including issues around shared and negotiated authority; restitution, reconciliation and redress and the queering of exclusionary binaries and boundaries with relation to social justice and inclusion. Her regional academic research has focused on collaborative collection research with Amazonian Indigenous Peoples and Maasai communities from Kenya and Tanzania; Yokot’an Maya oral history, Mixtec Indigenous market systems and merchant biographies, and Nicaraguan Indigenous resistance in colonial times. She serves on numerous advisory boards, is a member of the Women Leaders in Museums Network (WLMN) and the European Ethnographic Museum Directors Group and is co-chair of the Oxford and Colonialism Network.