'Oxford Translation Day: A Discussion and Reading of Max Lobe’s A Long Way from Douala 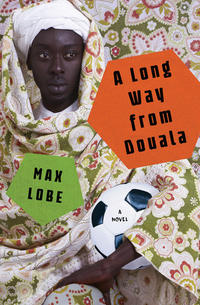 A Long Way from Douala is the first publication in English of a work by Max Lobé, a Cameroonian writer hailed as an important new voice in African writing. His poignant novel explores important issues, such as violence, terrorism, homosexuality, and migration.

At this online event, Ros Schwartz, the novel’s acclaimed translator, discusses and reads from the novel. This session will also include a Q&A with the audience.

Ros Schwartz is a literary translator from French into English who lives in London. Among many other things, she has translated Antoine de Saint-Exupéry’s The Little Prince, sixteen of George Simenon’s Maigret novels and a range of contemporary French works of fiction and nonfiction, including Mireille Gansel’s Translation as Transhumance. She has translated a number of Francophone writers, namely Ousmane Sembène, Fatou Diome, Aziz Chouaki, Tahar Ben Jelloun and Yasmina Khadra. She is co-chair of English PEN’s Writers in Translation committee and gives regular talks and workshops. Her translations have won a number of awards, and in 2009 she was made a Chevalier dans l’Ordre des Arts et des Lettres.