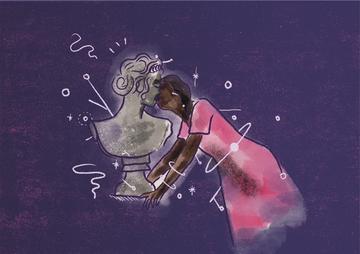 Part of the Humanities Cultural Programme, one of the founding stones for the
future  Stephen A. Schwarzman Centre for the Humanities

Join playwright Hannah Greenstreet and director Charlotte Vickers in conversation with academics Professor Wes Williams and Marcus Bell for an insight into the creative process of adapting a Greek tragedy for the contemporary stage. Hannah and Charlotte’s new play, Andromeda, combines fragments from Euripides’ Andromeda with a contemporary love story between two young women. It will be performed at Camden People’s Theatre at the end of July, including a livestreamed performance. The panellists will discuss how the play came into being from initial idea to professional production. They will also explore how the creative team worked with academic researchers to tackle the fragmentary form of Euripides’s original play and what it means to ‘queer’ an ancient text. This event is part of the Humanities Cultural Programme and should appeal to anyone interested in Classics, theatre-making, knowledge exchange and practice as research. 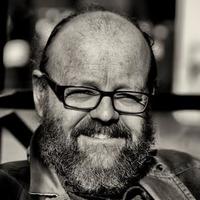 Professor Wes Williams, Director of TORCH and Professor of French at the University of Oxford

Wes Williams is the Director of TORCH, Professor of French Literature at the University of Oxford, and also a Fellow in Modern Languages at St Edmund Hall.

His main research interests are in the field of Renaissance studies; the critical study of genre and subjectivity; and the intersection of theory and practice in the literary, political, religious, and professional cultures of the early modern period. He also works on contemporary theory and film.

His first book – Pilgrimage and Narrative in the French Renaissance: ‘The Undiscovered Country’ (OUP, 1999) – was the first full-length study of the place of the Jerusalem pilgrimage in European Renaissance culture. He continues to work on narratives of travel and encounter, displacement and diaspora throughout the early modern period.

His second major study, Monsters and their Meanings in Early Modern Culture; Mighty Magic (OUP, 2012) explores the cultural, medical, and theological significance of monsters from Rabelais to Racine -- by way of Montaigne, Shakespeare, Titian, Pascal, Corneille, and a host of others. Political monsters (from Nero to the present) are a focus of his most recent work in this field.

He is currently writing a short Life of Rabelais, an account of the strange case of Magdeleine d’Auvermont, and a study of the long, enduring history of ‘voluntary servitude’. 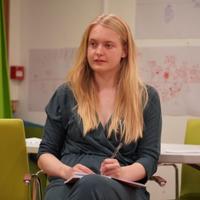 Hannah is a playwright, researcher and theatre critic. Andromeda is Hannah’s fifth play; her work has been performed in London, Edinburgh, Oxford, Cambridge, and Nottingham. She has developed her playwriting through writer development programmes including Spread the Word’s Pow! scheme, Soho Writers’ Lab, the North Wall Arts Lab, and Menagerie Young Writers’ Programme. In 2019-20, she was a SPARK Supported Artist at Pegasus Theatre, Oxford and was commissioned to write their young company’s 2021 summer show, Goldfish. Hannah recently completed her DPhil on 'Experiments with Realism in Contemporary Feminist Theatre in Britain' in the Faculty of English at the University of Oxford. She is also Co-Editor of Exeunt Magazine. 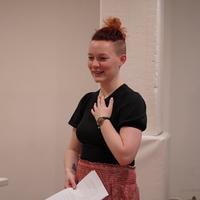 Charlotte is a director and fundraiser who has worked with Nottingham Playhouse, the North Wall Arts Centre, the Oxford Playhouse and Theatre 503. She trained at the Young Vic, on the North Wall Catalyst programme and with Lisa Cagnacci. She was Drama Officer at the University of Oxford in 2017-18. 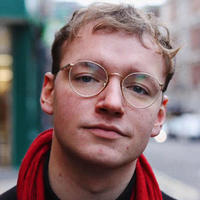 Marcus Bell, DPhil candidate in Classics at the University of Oxford and co-founder of Queer and the Classical

Marcus is working on choreographing tragedy at the turn of the twenty-first century, with a particular focus on the relationships between the postmodern and the classical. They completed their BA and MA in Classical Reception at King's College London with Professor Edith Hall before moving to Oxford, where they are supervised by Professors Fiona Macintosh and Felix Budelmann. Marcus is a dancer and choreographer and so he is also interested in practice-based, and practice-as-research. Through the development of their thesis they aim to align queer theory and practice in theatre and performance studies with assemblage-thinking to critically explore the tangles and encounters taking place when embodied receptions, or dynamic integrations, of the ancient world are positioned against modernism and modernity.

Marcus dances with Oxford-London based dance company Thomas Page Dances and they are an artistic associate with By Jove Theatre company. They are co-convening the Corpus Christi seminar series titled 'Queer and the Classical: Futures and Potentialities' and lecturing at Goldsmiths. Their other interests include pantomime dance, epic, poetry, philosophy, and film studies.

You will be contacted within 48 hours of the event with the link for this event. Please be aware tickets will close an hour before the event.