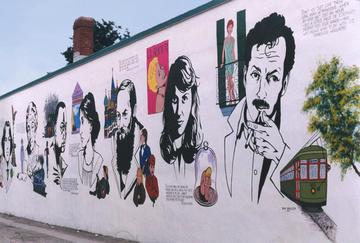 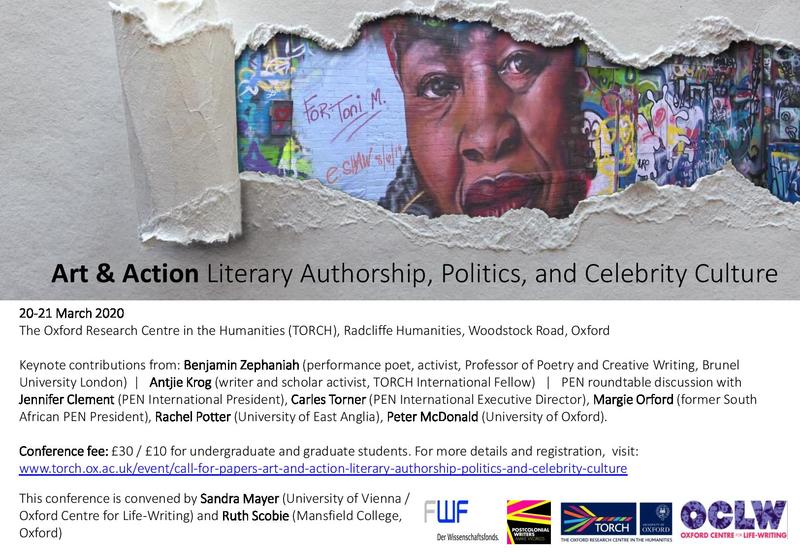 When she was awarded the 2018 PEN Pinter Prize, the Nigerian author Chimamanda Ngozi Adichie made a forceful statement about the writer’s responsibility to step outside the artistic medium and engage in political activism: “Art can illuminate politics. Art can humanize politics. Art can shine the light towards truth. But sometimes that is not enough. Sometimes politics must be engaged with as politics” (qtd in The Guardian, 9 October 2018). Writers and writers’ organisations indeed have a long history of using their public standing and cultural capital to promote causes that transcend the literary sphere, from abolition and gender equality to free expression, anti-war agitation, and environmental issues. This two-day conference explores the intersections of authorship, politics, activism, and literary celebrity across historical periods, literatures, and media. It examines the forms and impact of authorial field migrations between literature and politics and the ways in which they are situated within, and shaped by, structural frameworks that include academic institutions, prize-giving bodies, publishing industries, and literary celebrity culture.

Authors have at all times been fiercely outspoken campaigners for a wide range of socio-political causes. At the same time, debates have long revolved around literature as a form of political intervention in its own right, thus undermining the seemingly clear-cut distinction between politics and poetics. Refugee Tales, an outreach project launched by the Gatwick Detainees Welfare Group, is a case in point: while taking advantage of the reputational capital of high-profile literary authors such as Ali Smith, Jackie Kay, and Monica Ali in the attempt to communicate migrant experience, it demonstrates how acts of collaborative story-telling themselves can be appropriated as powerful tools of political activism. This conference hopes to foster such debates and address a wide range of questions: What are the strategies employed by writers in the construction and performance of their public personae as political office-holders, activists, and cultural critics? How do they negotiate the tension between ethics and aesthetics in their public interventions, the potential conflict between authorial and activist selves? How have writers’ literary/political border-crossings been perceived by their audiences and to what extent have they affected their (posthumous) reputations? What are the risks faced by the politically engaged and outspoken writer?

To book your tickets, click here. PLEASE NOTE: Those booking the conference via University Stores will need to book the Benjamin Zephaniah keynote separately via Eventbrite.