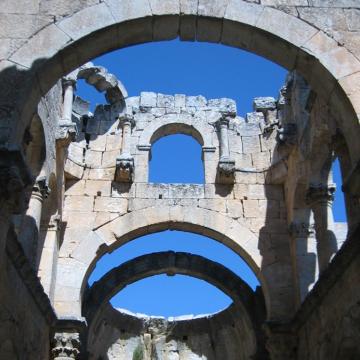 This webinar will seek to investigate and think with one of the most influential frameworks with which scholars have approached the Balkans. In her seminal Imagining the Balkans, Maria Todorova fleshed out the concept ‘balkanism’ as a way of othering southeastern Europe, akin to but distinct from orientalism. Ten years after her second revised edition, we seek to explore how far the discourse which inspired Todorova still permeates the scholarship on southeastern Europe, and how far continues to be internalized by or disputed by scholars from the region. The workshop will be led by Alexandra Vukovich (St Edmund Hall) and Mirela Ivanova (Balliol College), who both work on the medieval Slavonic world’s interactions with Byzantium and other medieval cultures, Frankish, Viking, Latin and the like. It will open with short introductory remarks by both, before turning to a discussion over the reading materials recommended.

Attendance is open, but we do ask that in the least those attending read the introduction to Todorova’s Imagining the Balkans, a PDF file of the book can be found on the website. Any additional reading is strongly encouraged, and please find a reading list below, with some of the other resources also available in PDF.

This event is part of the TORCH Research Network: New Critical Approaches to the Byzantine World.

Todorova, M., ‘Balkanism and Postcolonialism or on the Beauty of the Airplane View’, in Bradatan, C. and Oushakine, S. (eds.), In Marx's Shadow: Knowledge, Power, and Intellectuals in Eastern Europe and Russia (Lanham, 2010), 175-95.

Goldsworthy, V. Inventing Ruritania: The Imperialism of the Imagination (Yale, 1998)

Budak, N. ‘Using the Middle Ages in Modern-Day Croatia’ in Uses and Abuses of the Middle ages 19-21st century (Munich, 2009)

Detchev, S. “Who Are the Bulgarians? Race, Science and Politics in fin de siecle in Bulgaria”, in ed. D. Mishkova, We, the People, Politics of National Peculiarity in Southeastern Europe. Think of this as a consequence of Balkanism - how the nationalism and racialisation practices of the West, having othered the Balkans, precipitated an internal movement in the Balkans to integrate themselves in this same discourse that othered them.

Vezenkov, A. ‘Reconciliation of the Spirits and Fusion of the Interests. Ottmanism as an Identity Politics’, in ibid.

On the role of language in constructing regimes of knowledge about Eastern Europe: P. M. Hill, “The Codification and Elaboration of the Slavonic Standard Languages,” Australian Slavonic and East European Studies 13.2 (1999): 21-31.

Some interesting further reading about how regimes of knowledge about ethnicity, religion, and language in Eastern Europe were constructed from the 18th c. on via philology and early ethnography: S. Plokhy, The Slavic Nations. Premodern Identities in Russia, Ukraine, and Belarus, (Cambridge, 2006), pgs. 1-49.

The worst academic manifestations of these linguistic/ethnic regimes of knowledge:

George C. Soulis - ‘The Gypsies in the Byzantine Empire and the Balkans in the Late Middle Ages’ DOP 15 (1961)

Please follow the link to find the materials in PDF.