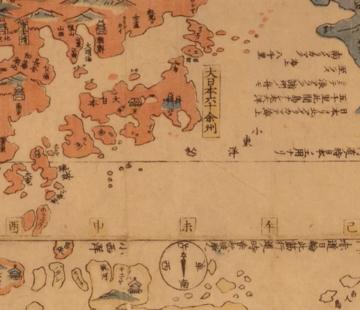 “Black transnationalism” here refers to the flow of ideas and people across state borders, propelled by the cultural, social, and political activity and intellectual movements created, shaped, and led by Japanese and Black people across the globe. As a nation, Japan has been historically both a symbol of and a transgressor against the pursuit of racial equality. Japanese-Black transnational encounters reveal a variety of solidarities, discourses, and cultural exchanges that often countered the state and that were invisible from a solely state-centric lens. The rich and intertwined transnational history between Black and Japanese people reshapes our understanding of Japanese history, of Black history, and of the global circulation of discourses of civilization, race, and personhood.

This conference will explore how the meaning of “Black” and “Blackness” are concepts and categories in perpetual motion, particularly within and vis à vis Japan. While some Pan-Asianisms and Pan-Africanisms were urges to unite colonized spaces against the colonizer, the papers in this conference introduce various transnational phenomena that transcend such dichotomies. Black American-Japanese transnational encounters occurred on the non-state level from within the two new competing empires of the United States and Japan. These transnational encounters attempted to overcome their empires’ politics of inclusion and exclusion, bifurcated concepts of “civilized and uncivilized,” and other dichotomies that centered around the West. Actors in the Black-Japanese nexus of cultural transnationalism often challenged state-centric “cultural internationalism” and its ideas of peace and world order, and did so from within and beneath the very empires in which they were situated. This conference attempts to explore the depth and creativity of their co-production of various discourses on knowledge.

Much historiography has paid scant attention to Black transnational currents in Asia at large. This conference will shed new light on black transnationalism by means of a more focused look at the Black-Japanese nexus. This conference will raise questions such as the following: How did the distinctive context of empire generate different forms of knowledge and expressions? What methods and concepts do we apply and use to make sense of these expressions?  How did a non-white, transnationally-generated discourse on knowledge unsettle the settler colonial knowledge/sciences in which race was an integral part? How did Black-Japanese transnational encounters reinforce or defy existing categories of race, gender, and civilization at large? This conference attempts to understand better these distinctive and nuanced transnational phenomena in the context of modern global history.

In the contemporary context, what new meanings of “diversity” can Black Japanese transnationalisms offer us?  They certainly depart from the “diversity” crafted from within the intellectual universes of both state-centric majoritarian democracy and Soviet-style ethnonationalities. This departure is particularly pertinent in the face of climate change and environmental crisis when new notions and practices of diversity are urgently needed.  Critical of and defiant of authority and its institutionalized knowledge and practice, these Black-Japanese transnationalists may well suggest new form of symbiotic diversity.

While the Oxford Japanese History Workshop and Nissan Institute of Japanese Studies have organized seminars and workshops on African-Japanese transnational intellectual life in the past, in this conference, we will focus specifically on Black American, Black British, and Caribbean transnational encounters with Japan. This digital conference will consist of two panels, bringing together scholars from different disciplines and time periods to examine the engagement and mutual influence of Black transnationalism and Japan. The first panel will examine Black transnationalism from the nineteenth century to the post-war period, covering topics such as the antebellum African American engagement with samurai, the history of Black studies in Japan, and the subversive power of wartime Afro-Asian female friendships. The second panel will explore Black transnational cultural exchange from the post-war period to present-day Japan, in such diverse fields as postwar Japanese literature, counter-culture Afro-Japanese musical production and cyborgs, and Black-Japanese mixed-race experiences in contemporary Japan.

Registration is free and all are welcome.

We hope this conference will encourage interdisciplinary discussion on an important topic in global and transnational history.