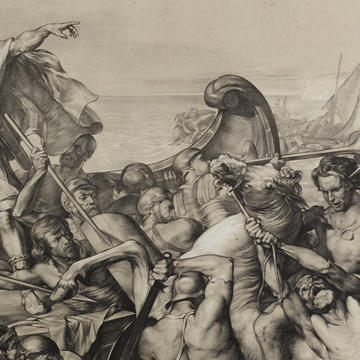 This interdisciplinary conference will investigate the profound influence of Celtic and Classical heritage on the development of British historical identity. A series of chronologically arranged panels will attempt to trace the respective importance of Ancient Britons and Romans in British culture over the centuries, from the pre-Roman period to the present day. Speakers specializing in a wide range of different subjects, from ancient archaeology to 20th century literature, will discuss the ways in which these two cultures have been appropriated, rejected, combined, and contrasted by different generations of Britons. Were they seen as opposing poles of savagery and civilization, or did they embody competing ideals of Britishness? Did they at any time lose relevance, and what is their status in British culture today? Despite the obvious ways in which this subject would benefit from a comprehensive interdisciplinary approach, there has thus far been only limited dialogue between specialisms in this area. Our day-conference seeks to address this problem, hoping to foster a genuinely diverse and multi-faceted discussion of this aspect of British historical identity.

Organised by Francesca & Rhys Kaminski-Jones, in association with The University of Wales Centre For Advanced Welsh and Celtic Studies (CAWCS) and Oxford Medieval Studies, sponsored by The Oxford Research Centre in the Humanities (TORCH), Royal Holloway University of London, the Classical Association, and the Learned Society of Wales.

Image © The Trustees of the British Museum