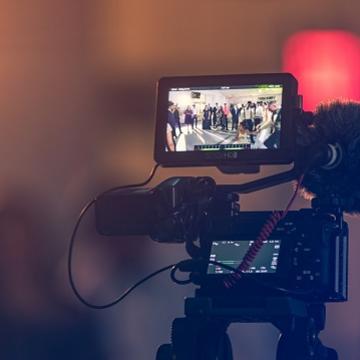 Part of the Creative Industries Pathway programme, this session is all about introducing participants to the opportunities for engaging with the television, film and broadcast media industries.

Hannah Veale is an alumna of St. Hilda’s College and started her television broadcast career working on Channel 4’s Dispatches strand, with ‘Terror in Mumbai’ winning a BAFTA for Current Affairs in 2009. She has since produced a wide variety of history, engineering and science documentaries for both UK and international broadcasters. She works frequently with presenters and contributors from academia and is passionate about bridging the divide between the academic world and the television industry.

Yasmin Godo is a Freelance 1st Assistant Director of 4 years. Having started her studying FdA Broadcast Media at Brighton University, she transitioned into Youth Work. Leading on Media focused youth & community projects. Eventually transitioning back into Media/Production focused work, she interned for a short stint alongside Runner work and eventually moved up into ADing. Yasmin has garnered credits on Music Promo’s & Commercials for Artists such as Zayn Malik, Migos, Anne-Marie, Mr Eazi to name a few. Alongside credits for BBC3, BBC4 and the opportunity to work on Channel 5’s “Big Brother”. Now concentrating her energy on bridging the gap between youth/community and Media focused projects with her production company “New Emergence Media” she hopes to be able to help tackle the diversity gap within the industry in which Women and POC’s are not gaining enough access to spaces, via creating more content, thus aiming to create more jobs.

Raymond Tannor currently hosts a monthly radio show entitled 'Peace of No Mind' on Transmission Roundhouse. A speech-based show recorded at the Roundhouse in Camden, where guests are interviewed to find out what peace of mind is to those who have overcome adversity. Having previously worked for Mixcloud, a music tech platform that focuses on long-form audio including online radio, podcasts, and DJ sets. Raymond has an understanding of the importance of the emerging community stations and best practices for platforming your audio online.