Ethics in AI Live Event: Open Democracy in the Age of AI

How to make popular rule smarter and more accessible 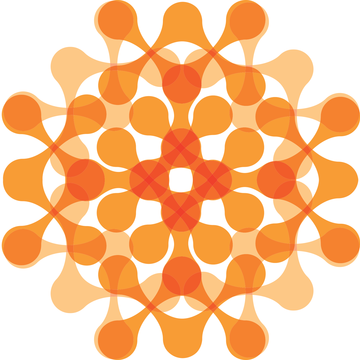 This event is also part of the Humanities Cultural Programme, one of the founding stones for the
future  Stephen A. Schwarzman Centre for the Humanities.

Representative democracy is a system born in the eighteenth century under different epistemological, conceptual, and technological constraints. What if we could reinvent democracy from scratch today, using all the tools are our disposal since the digital revolution? In this colloquium, Hélène Landemore explores how her new paradigm of “open democracy,” in which the center of power is meant to be accessible to all equally, could be technologically empowered and AI-augmented to meet 21st century expectations and challenges.

Professor Andrew Briggs is Professor of Nanomaterials at the University of Oxford. He is Honorary Fellow of the Royal Microscopical Society, Fellow of the Institute of Physics, and Fellow of St Anne’s College and of Wolfson College, Oxford. He has more than 600 publications, with over 26,000 citations. From 2002-2009, he directed the UK Interdisciplinary Research Collaboration in Quantum Information Processing. Current work in his laboratory develops machine learning for measuring and tuning quantum devices, with results that greatly exceed what is possible for humans. His book with Roger Wagner describing how science thrives in cultures concerned about the big questions of humanity has spawned a documentary film and a series for children. With Michael Reiss, he is writing a book that explores the complementary roles of scientific insight and spiritual wisdom in the promotion of human flourishing.

Professor Pratap Bhanu Mehta is currently University Professor and Professor of Political Science at Ashoka University. He has previously been Vice Chancellor of Ashoka University and President of the Centre for Policy Research. He has published widely on political theory, constitutional law and society and politics in India. His most recent book is the Oxford Handbook to the Constitution of India ( Jointly edited with Madhav Khosla and Sujit Choudhary).  In public policy roles he has served as Member Convenor of the Prime Minister of India’s National Knowledge Commission, and a member  of the National Security Advisory Board.  He is also a columnist and editorial consultant to the Indian Express.

Professor Hélène Landemore (Yale) is Associate Professor of Political Science, with Tenure. Her research and teaching interests include democratic theory, political epistemology, theories of justice, the philosophy of social sciences (particularly economics), constitutional processes and theories, and workplace democracy. Hélène is the author of Hume (Presses Universitaires de France: 2004), a historical and philosophical investigation of David Hume’s theory of decision-making; Democratic Reason (Princeton University Press: 2013, Spitz prize 2015), an epistemic defense of democracy; and Open Democracy (Princeton University Press 2020), a vision for a new kind, more open form of democracy based on non-electoral forms of representation, including representation based on random selection.