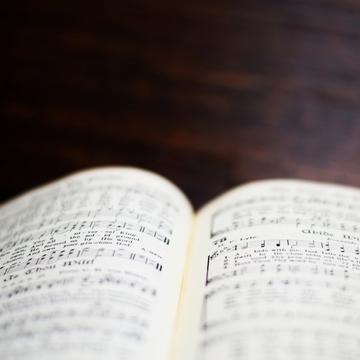 John Malchair (1730-1812) was a violinist and artist in Oxford, who spent his ‘leasure howers’ collecting music from Wales, Ireland, Scotland, and further afield. His tunebooks contain over 500 tunes, mostly country dance tunes and the melodies for songs, many of which are still played today. His sources for his collection included printed books, friends, and street musicians. His collection comprises four volumes of tunes, the third of which is at the VWML.

Including Malchair’s volume, the VWML holds more than twenty C18th manuscript (ie, handwritten) tunebooks, most of which contain tunes their compilers copied from printed collections. As a result, the contents of some tunebooks overlap, and it is sometimes possible to trace particular tunes or sets of tunes back to the printed books they were copied from. In the case of Malchair, his marginalia also give clues as to which books he borrowed and which he owned, which provides fascinating insight into his networks and friendships in Oxford. The talk will include an overview of the C18th manuscript tunebooks at the VWML, and describe the lives of various musicians who kept tunebooks, including Malchair: what was collected, where from, and for what purpose?

Alice Little is a violin player who went looking for repertoire to perform and ended up doing a doctorate. She completed her DPhil at the University of Oxford in 2018, for which she wrote about the collecting of music in eighteenth-century Britain and Ireland, and how ‘national music’ was understood at the time. Her particular focus was the music collection of John Malchair (1730-1812). She is now Research Associate at the Bate Collection of Musical Instruments, and a Junior Research Fellow at Corpus Christi College, Oxford. She holds a TORCH Humanities Knowledge Exchange Fellowship for 2019-20, for which she is partnered with EFDSS to work on the eighteenth-century tunebooks at the VWML.