Call for Papers: Literature and Event: Reformulating the Literary in the 21st Century 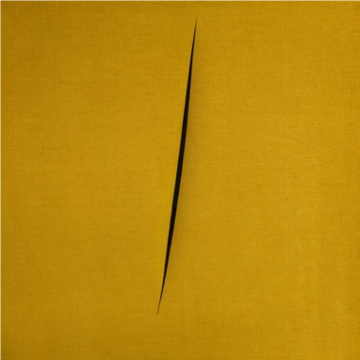 What is an event? From a theoretical perspective, events are irregular
occurrences, moments of great change or interruptions that can
potentially alter the already existing course of history, politics and
thought. These changes also simultaneously remould, or at least aim to,
human perception and language, which makes them an indispensable
part of literature and literary thinking. While literature has referred to
these calamitous changes directly, by way of description or through
diegetic context, on numerous occasions literature has, for various
reasons, failed to come to terms with these events or has actively resisted
or undercut them. The literary has also been defined, particularly after
the post-structuralist interventions, as an event in its own right, with its own strategy and ambitions
to affect change. At the same time this relationship has also been entirely dismissed in readings where
literature has been thought of as registering the non-events or the micro-events (madeleine cakes for
Proust) that would otherwise pass unnoticed in a political or a historical discourse. This conference is
addressed to all such relations between literature and its events, but more eagerly to the event that
literature itself becomes and the non-event that it said to sometimes emerge from.
This dense, and often challenging, relationship between literature and event(s) has been, arguably, the
driving force behind many of the reformulations of the literary carried out in the twenty-first century so
far. These changing ‘definitions’ of the literary event or what the event, generally, entails have come from
fields as diverse as literary studies, history, political theory, psychology, natural sciences and, more
significantly, philosophy. The conference will appeal to scholars from all these diverse disciplines who at
some point either have had to define literature/event or had to grapple with its new and elusive
stipulations.

The questions that this conference aims to address are three-fold:
What is literature's approach to the event? How does literature respond to event(s), monumental
changes, ruptures and transitions? Can literature be understood as an event in its own right?

1. Concept
The papers in the conference can address some of the pressing concepts related to the event directly,
such as irregularity, chance, accident, hospitality and non-event, that have occupied literary studies,
political theory and philosophy in the recent past. Addressing the literary fold specifically, the conference
will be able to build on more recent research by scholars such as Derek Attridge, whose The Work of
Literature(2015) understands events as having a singular, disruptive and yet formative presence in literary
work, Ilai Rowner, who provides the event with a conceptual and literary history with his The Event:
Literature and Theory (2015) and, written in a very different vein, Terry Eagleton’s The Event of Literature
(2012).

2. Testimony
The question of testimony, or its lack, looms large when discussing literature’s response to event. The
conference invites scholars to re-think literature’s response to the event and entropy that surrounds us,
on the lines that it has been thought about in the last decade. If literature testifies, or tries to testify, to
events of insurrections, it also testifies to sexual awakenings, to natural disasters, personal trauma and
pain. These testimonies do not find an easy utterance, and despite finding a medium they can be a source
of embarrassment, discontent and shame, as argued in Timothy Bewes' The Event of Postcolonial Shame
(2010). The papers in this conference could look at all such events and their importance for literary work,
they could also simultaneously expose the impossibility of testimony itself, if not its need in the first
place. Taking a cue from Heidegger's use of the word Ereignis (event)—an event is as much a moment of
revelation (Eräugnis) for the literary work as a site of appropriation (Eriegnung) and ultimately loss, which
is how this conference wishes to broach the question of testimony too.

3. Literature as Event
Provocations of ideas such as plasticity and contingency, strongly forwarded by the philosophers
Catherine Malabou and Quentin Meillassoux, are exciting new responses to the event and what it means
for literature. While plasticity destabilizes our understanding of form, and thereby what constitutes as an
event, contingency revokes the claims of reason and causal necessity that is often attached to events. In
this segment of the conference, the experience of literature—as an act of both writing and reading—will
be understood as an event in its own right. Despite the struggle to capture the intensity of the event, or
remain faithful to it, literature can, and often does, become the site of change and alterity itself. Papers
will be able to take forward the imaginings of a literary event put forward by influential thinkers like
Derrida (on Celan) and Deleuze (on Proust), whereby literature is appraised for the transformative
encounter it allows in the shape of an event.

The conference invites abstracts that address, but may not necessarily be restricted to, the
following areas:

Inviting proposals for 20-minute presentations. Please submit at least 350-word abstracts, along with a
short biographical note (50-100 words) by November 10th, 2019 to litandevent@gmail.com.
We hope to support costs of attendance for international applicants. Please let us know if you wish to be
considered.