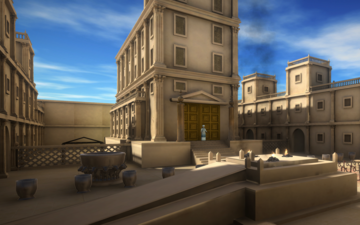 The (en)coding Heritage Seminar Series brings together researchers who are working at the cutting edge of digital technologies, humanities and heritage science. The third session in the series is devoted to Mapping Real and Imagined Sites.

The paper raises the questions of cultural heritage data representation in the urban context. It also problematizes how to build a user-friendly interface that is both interactive and educational that provides easy access to a curated dataset. “St.Retrospect” - a mapping project for representing culturally significant locations in Saint-Petersburg - is designed as an attempt to answer these questions. The database includes repositorium of various historical sources provided by Russian National Library and incorporates information on more than 1000 locations and approximately 1000 related historical figures. Considering the discursive and associative nature of heritage that has been pointed out by various scholars, St. Retrospect is not limited to institutionalized interpretation of the heritage, it is designed as an opensource project. The mission of the project, therefore, is to raise awareness about culturally significant sites among the local community as well as to engage its members into evaluation of historic locations and identification of their cultural significance and collection of relevant data.

Quantifying Aesthetic Perception: The point of View of Digital Arts

Can we quantify and model aesthetic perception? Preliminary answers to this question date back to the American psychologist G. T. Buswell’s How We Look at Picture (1935), and to the French physicist Abraham Moles’ prediction that the “emotion engineers” of the future would be able to “program aesthetic pleasure”. Recent research in the field of digital art history updates these debates from different perspectives. This paper considers a series of a digital art history studies dealing with the quantification of aesthetic perception in the light of recent digital artworks by Erica Scourti, Jonas Lund, and Toby Ziegler. I will argue that digital arts offer a vantage point from which to consider the methodological and philosophical challenges that emerge from the application of quantitative methods to the history of art.

This project presents a virtual reconstruction of a model of the Biblical Temple of Solomon, which was created in the early eighteenth century in Halle (Germany). The original Temple model at Halle was lost, however, a detailed manual with illustrations provides a clear account of its layout, and how it was to be interpreted according to the Pietists. This project allows for a reenactment of this playful exegetical process of spatial and embodied knowledge production.

3D-Modelling and Recording of the Inventory by a Web App

The web application was developed especially for documenting Architectural and Cultural Heritage. For each project there are different templates for buildings, rooms, inventory, damage and diagnosis and for the documentation of conservation. The templates serve as a checklist for the creation of the inventory and damage recording and are derived from two European standards.  The web app integrates 3D models from Matterport via an API. Models can be measured on screen with an accuracy of about one centimetre. With these features, the web app presents a number of advantages over other commercial offerings.