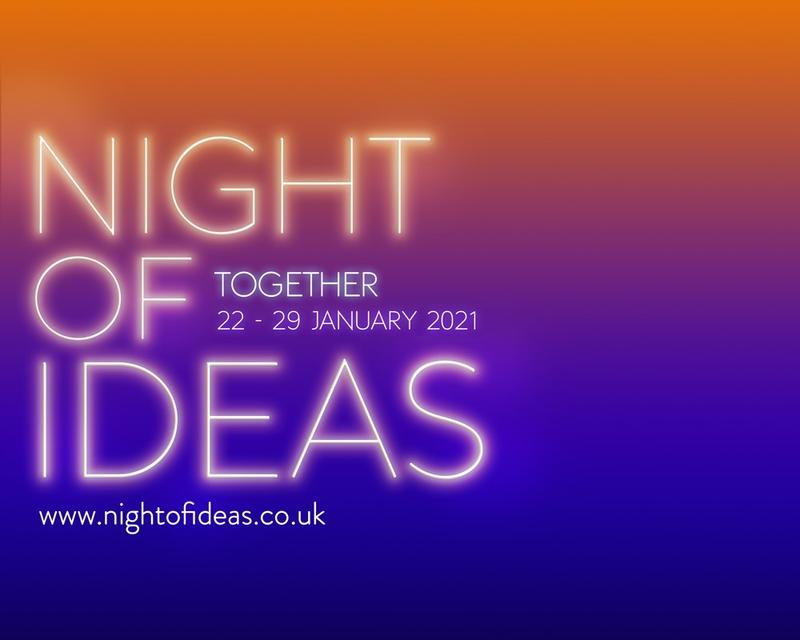 Launched by the Institut français in 2016, the NIGHT OF IDEAS is a project staged
simultaneously in Paris, London and worldwide, at the end of January.
Don’t miss the NIGHT OF IDEAS in the UK, an exceptional week-long festival from 22 to 29
January, produced onsite at the Institut français and live streamed online. Echoing the main
themes of this year’s edition, a programme of films, BEFORE THE NIGHT (22 – 25 January) will
precede a series of thought-provoking and free debates (26 - 29 January).

▶ Enter into the Night
Crossing French, British and European perspectives, and with the theme TOGETHER as a
common thread, the NIGHT OF IDEAS will tackle the latest issues central to our particularly
troubled era.
At a time when our salvation depends on the distance we put between each other, when countries
are redefining their borders, when our way of life jeopardises the whole biosphere, do we have to
reinvent new ways of being close to one another and to the world? If we wonder how we can face
today’s crises, the answer is perhaps: together.
Philosophers, writers, artists, historians and journalists: 30 leading figures will discuss new ways
of being together.

▶ See Who's Who
All debates in the Night of Ideas are free to attend and open to all. Watch them live on two
channels.

▶ Most films are ticketed (£2) unless indicated otherwise