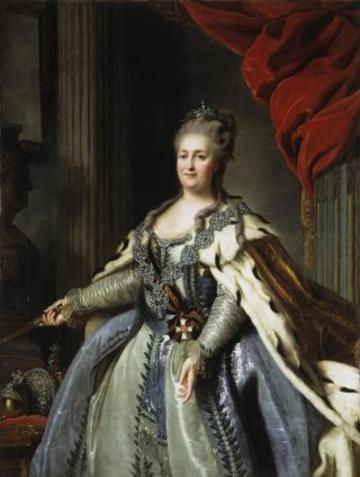 From the very first days of her rule, Catherine’s greatness was the subject of controversy, which to some degree continues to the present. The focus of this talk, however, will not be on the history of conflicting evaluations of Catherine, but on the question of what being great meant for Catherine herself, as understood within the context of her era. For Empress Catherine the Second – Ekaterina Alekseevna, formerly Sophie Friederike Auguste von Anhalt-Zerbst – to be deemed “Great” was not only an imperative of mid-eighteenth century culture and, arguably, a political necessity, but also – and not the least – a personal goal and deeply ingrained part of her self-image. Virtually all of Catherine’s reign may be seen as a quest to justify her right to rule, based on the Enlightenment argument that put merit and virtue above all other qualifications and insisted on their visibility. Self-advertising served not only a legitimizing function, but also may be seen as a key to the moral values of the age, the staking of a claim to greatness and immortality.