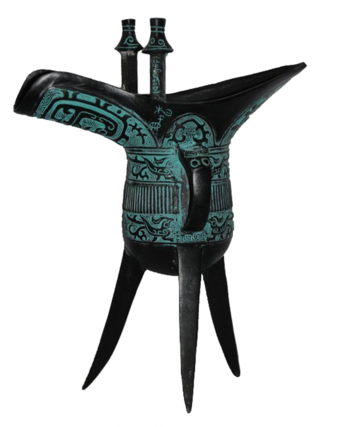 In 1633, Zhang Taijie (b. 1588), a highly educated scholar-official from Songjiang (modern-day Shanghai), published a woodblock edition of A Record of Treasured Paintings (Ch. Baohuilu), an extensive record of his private painting collection. Over its nine-hundred pages, the book registers around 330 paintings by ninety master artists accompanied by painstakingly transcribed colophons written by numerous celebrity artists, critics, and connoisseurs that appeared on these works. This book could be a very useful resource for historians of Chinese art as it provides accounts of many paintings by artists whose works are no longer existent. There is only one, major problem: the book is a forgery. The entire roster of paintings, as well as their textual records, are fabrications that Zhang Taijie ingeniously and meticulously created. By means of this monumental project, forging and circulating this well-documented, grand collection, Zhang promoted himself as one of the most successful art collectors of the time. But Zhang did not stop there: he also forged paintings to match the records in the volume so he could profit from trading in those faked works.

My research begins by asking just how he was able to pull off this bold chicanery and what impact this practice might have had in the history of Chinese art. My focus is not to highlight the artistic frauds of tricksters or the credulity of the public in early modern China, but to examine the historical and analytical irregularities that have been institutionalized in the study of Chinese art. Forgeries—not just as artistic deceptions, but as imaginative fiction and/or historical aberration—ask us to rethink the conventional reading of historical narratives. Forgery can also be a form of symbolic opposition to an existing system or hierarchy, and thus poses itself as a site of assembly wherein the history of cultural struggle consists of repeated attempts to control significant sites of discourse.

What is truly interesting about Zhang’s forged book is its legacy, since being accepted as a legitimate source of knowledge by later generations, it was even consulted and copied by a number of later forgers. Furthermore, its contents were disseminated in multiple later publications, and some of these have been quoted by modern art historians. In sum, this book offers a unique case in art history wherein a forgery becomes an original and, as Umberto Eco noted in Foucault’s Pendulum, art history has unintentionally made a conscious effort “to arrive at the truth through the painstaking reconstruction of a false text.”

There is another important realm of discourse which deserves attention in line with Zhang Taijie’s book. Right before the turn of the seventeen century, Dong Qichang (1555–1636), the arbiter of artistic taste of the time, propounded the “Theory of Southern and Northern Schools,” which would become a nearly indisputable artistic norm not only during his time but also for the remainder of the imperial period. Dong claimed he traced the lineage and analyzed the traditions of both artistic traditions. He maintained that artists associated with the Southern School were “literati gentlemen,” sensitive poets and ingenious scholars who painted intuitively and leisurely. In contrast, the Northern School painters were characterized as unimaginative copyists who excelled in naturalistic rendering in painting. Thus, Dong’s proposal was an extremely class-conscious art theory that tied the merit of art works to their creators’ social status and background, yet remained relatively disconnected from the intrinsic quality, pictorial style, and creative expressions in paintings. To support this rather arbitrary argument, Dong even made a series of spurious art historical claims, which are not always consistent, thus inevitably show certain contradictions with the other writings of his own.

If we understand forgeries of early modern China as a site of conflict and negotiation in the production and consumption of art invisibly shared between different social groups, the establishment of a refined and elegant public sphere under the rubric of “legitimate lineage” as in Dong’s theory can be understood as an attempt by elites to “regulate” public discourse on art. By this, they could create conditions favorable to their exclusive control of the artistic sphere, and in this regard, Dong’s theory was hardly an incidental or personal act of artistic and cultural hygiene. Therefore, if Zhang Taijie’s book was a literary invention that produced “fictional history,” then Dong Qichang’s theory opened the door on a re-configuration of the past, and-thus authored “historical fiction.”