Reinventing Peace: In an Age of Disorder 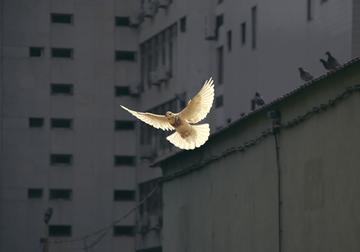 Reinventing Peace In an Age of Disorder

How have different societies in different eras addressed the legacies of conflict? What did peace mean in 5th-4th century BC Athens? What forms did peace take along the Silk Road? How do we engage with negative and positive peace in the 21st century? Autocrats, populists, democrats across the world are renegotiating the past. Wars continue to rage in the Middle East and Africa. Other kinds of conflict loom under the surface in democratic societies. We often talk of the changing character of war, its origins and its aftermath. But what are the origins of peace and, what is its aftermath? How can we sustain peace?

Join us for an engaging discussion on the reality and rhetoric of peace and its reinvention through history - in the aftermath of the Peloponnesian War along the Silk Roads, at the United Nations, and in Trump’s America.

The talk will be chaired by Ricardo Soares de Oliveira, author of Magnificent and Beggar Land: Angola Since the Civil War and Professor of the International Politics of Africa, University of Oxford

The speakers are: Peter Frankopan, the award winning author of bestselling book Silk Roads. Frankopan has been described by The New Statesman as 'the history rock star du jour’ and was named One of the World's 50 Top Thinkers by Prospect Magazine in 2019. Michael Scott who has has written and presented several TV series about the ancient world for History Channel, National Geographic, BBC and ITV. Nur Laiq who worked at the UN on the Sustaining Peace manifesto and was appointed by the UN Secretary General to the UN Advisory Group on Youth, Peace and Security. The panel discussion will be followed by a Q&A with the audience.

Peter Frankopan, Professor of Global History at Oxford and author of Silk Roads and The New Silk Roads - The Present and Future of the World.

Nur Laiq, Visiting Fellow at TORCH and co-author of The Search for Peace in the Arab Israeli Conflict

Michael Scott, Professor of Classics and Ancient History at Warwick and author of Ancient Worlds: An Epic History of East and West

To book for this event, please register with Eventbrite or email TORCH International Officer