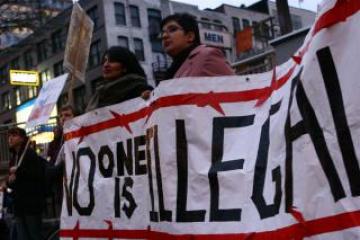 * PLEASE NOTE THE CHANGE OF VENUE TO WADHAM COLLEGE *

Historically, the loaded term “identity politics” has been used to describe a range of ideas, behaviours and actions under the rubric of moving beyond a class-centric analysis of power. From the Black Panther Party to Sisters Uncut, identity-based movements have helped carve out spaces for self-organisation and for an emerging theoretical understanding of constructed identities as a category of power. This development has been critical for race-based social movements, anti-colonial revolutions, feminist struggles and queer liberation movements. In particular, these spaces have been vital in complicating wider movements; for example, during the struggles of the 1960s and 70s in the West, the creation of women of colour-only spaces intervened in the dominant feminist discourses, creating an enriched, nuanced analysis of the intersectional nature of patriarchy, capitalism and white supremacy.

Indeed, identity politics has taken on a negative valence recently – with many preferring to identify instead with “liberation politics” – as the theorization and organization along racial, gender or class lines has proven to tend towards reinforcing the very identity categories activists and scholars are seeking to overcome. Critics of identity politics claim that it reduces political and radical collective action to individualism, and that it effaces the possibility of solidarity and movement building. For many, this focus on the individual constitutes a problematic shift from intersectionality as an analysis of power and an understanding of oppressions as social relations to reductive essentialism and fragmentation. Perhaps more seriously, this has been read as a reproduction of the power of capital and the state, whereby focus on the individual – as a confessor, oppressor or victim – has come to replace the theoretical and political work of dismantling the structures of domination.

This conference invites students, scholars and activists to pose a critical intervention into the discourse of identity politics, and tease out a theory and methodology of resisting power – particularly as it pertains to race – from such an intervention. Some of the questions we are concerned with include, but are not limited to: What is the radical capacity of identity based organizing, and how can it be mobilized to generate solidarity and resistance? What is the history of state and neoliberal apparatuses’ co-option of identity politics? How have technology and social media played a role in reinforcing or subverting the pitfalls of a certain version of identity politics? Can this change, and if so, how? How can we harness the radical power of self-organization without collapsing into essentialism?