Shakespeare and technology: digital creativity at the Royal Shakespeare Company 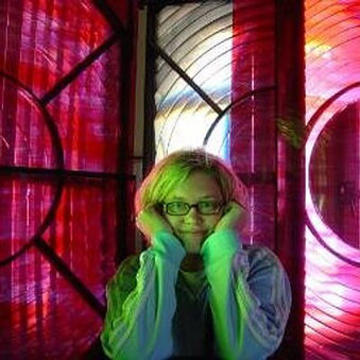 This TORCH public lecture is presented in partnership with the Digital Humanities at Oxford Summer School  www.dhoxss.net

Through the centuries, the craft of storytelling has been developed with the help of technology – candlelight, printing press, electricity, film and the internet have all been incorporated into the way we make theatre.  But this relationship is also inverted: performance design has challenged technology to create new ways to present live drama and interact with the audience. When staging a contemporary production of The Tempest recently, the Royal Shakespeare Company asked Intel and the Imaginarium Studios to work with us, exploring technologies to render cinematic environments in real time. For the first time ever, we created an animated character live on the RSC stage, using innovative real-time performance capture.

Such collaborations bring new audiences to Shakespeare and showcase the best of British creativity globally. There is vast potential for creative collaboration between technology companies and theatre, and the research and development carried out for such productions allows both theatre and technology sectors to learn new skills, developed new tools, and explore new ways of working.

In this talk, we will explore how theatre continues to impact the future of entertainment by pushing the boundaries of technology further still while maintaining a creative focus. At the RSC we have exciting experimentation in development with digital technology companies across the world.  We’re engaging in research and development across virtual, augmented and mixed reality, and are always looking for ways to bring the very best live experience to our audiences and amplify that in new and digitally ways.

Sarah Ellis is an award winning producer currently working with the Royal Shakespeare Company to explore new artistic initiatives and partnerships. In 2017, she became an Honorary Fellow at the University of Worcester for her work in arts and technology. In 2016 she was awarded The Hospital Club and Creatives Industries award for cross industry collaboration for her work on The Tempest in collaboration with Intel and in association with The Imaginarium Studios. In 2013 she was listed in the top 100 most influential people working in Gaming and Technology by The Hospital Club and Guardian Culture Professionals.

In partnership with Google’s Creative Lab, she recently produced Midsummer Night’s Dreaming, which won two Lovie Awards for Innovation and Experimentation. In 2012, she produced myShakespeare, an online artistic commissioning platform for the World Shakespeare Festival. In 2011, she was the producer of the RSC’s new work, Adelaide Road, which mixed live performance with an app and website map. As a theatre and spoken word producer, she has worked with the Old Vic Tunnels, Battersea Arts Centre, Birmingham REP, Contact, Freeword, Improbable, Southbank Centre, Soho Theatre, and Shunt. She has been Head of Creative Programmes at the Albany Theatre and Programme Manager for Apples & Snakes, England’s leading performance poetry organisation. She is a regular speaker and commentator on digital arts practice.

For more information on the Digital Humanities Summer School at Oxford and to book free tickets for this event, please visit the following link.