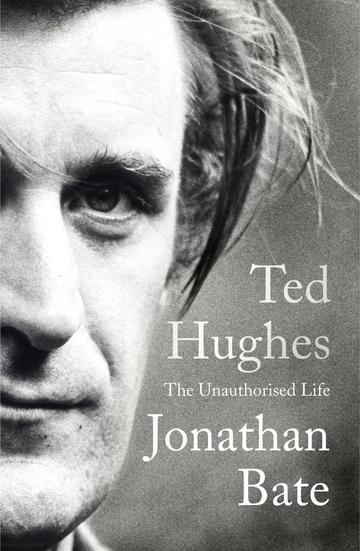 *Please note that online booking is now closed, but we expect some seats will be available on the door on a first come, first served basis.*

To celebrate the publication of Jonathan Bate's new biography, Ted Hughes: The Unauthorised Life we are joined by Bate, Seamus Perry and Oliver Taplin to discuss life-writing, poetry and the poet. They will explore the complexities of life-writing and whether biography is a help or a hindrance to the reading of poetry, and examine Ted Hughes’s treatments of ancient drama.

We are also delighted to announce that Anne Farrar Donovan, cousin of Ted Hughes, will be joining the event. She will discuss her reaction to Jonathan Bate's biography and share her memories of Ted and the Farrar family, including visits from Seamus Heaney and the time when she went to school with Frieda and Nicholas Hughes in Heptonstall.

The discussion will be followed by a drinks reception. Jonathan Bate will be signing copies of his book, which will be available to buy from Blackwell’s for a special price of £25 (usually £30).

Described by Andrew Motion as, alongside Larkin, 'one of the two great poets of the last half of the last century', Ted Hughes towers among figures of recent world literature. A creative force of rare power and grace, Hughes's poetry engages with the mythical and natural worlds to reflect on the strength, vulnerability and beauty of being.

With the time ripe for posterity to see further into Hughes's works, Jonathan Bate's rich and compelling biography examines those 'places of high wonder' of which Hughes wrote as a teenager, and brings new depth and understanding to this most charismatic and fascinating of poets: his life, his poetry and of course, his relationships - most famously with iconic American poet Sylvia Plath, his wife, who committed suicide in 1963, and Assia Wevill, the woman he left Plath for, who herself committed suicide in 1969.

Jonathan Bate is well known as a biographer, critic, broadcaster and scholar. He is Provost of Worcester College and Professor of English Literature in the University of Oxford. He has wide-ranging research interests in Shakespeare and Renaissance Literature, Romanticism, biography and life-writing, ecocriticism, contemporary poetry and theatre history. He is a Governor of the Royal Shakespeare Company, broadcasts regularly for the BBC, writes for the Guardian, Times, TLS and Sunday Telegraph, and has held visiting posts at Yale and UCLA. In 2006 he was awarded a CBE in the Queen's 80th Birthday Honours for his services to higher education. He is currently Vice-President (leading the Humanities) of the British Academy.

Seamus Perry is the Head of the English Faculty at the University of Oxford and Fellow and Tutor at Balliol College. His interests include the field of English Romantic poetry and thought, post-Romantic English poetry, and the modern history of criticism. He is co-editor, with Christopher Ricks, of the journal Essays in Criticism: A Quarterly Journal of Literary Criticism (OUP), and the general editor of the new series, 21st-Century Oxford Authors (OUP). He often reviews for for the Times Literary Supplement, the London Review of Books, and the Literary Review.

Oliver Taplin was a fellow and tutor of Classics at Magdalen College, Oxford. He is the author of several books, including 'Greek Fire', a celebration of the capacity of Ancient Greek culture to stand the test of time and influence modern art, thought and society. The book accompanied a Channel 4 documentary series of the same name and has been translated into five languages. He set up the APGRD (Archive of Performances of Greek and Roman Drama) in 1996 with Edith Hall. It is devoted to the international production and reception of ancient plays since the Renaissance. He has also worked with productions in the theatre, including The Oresteia at the National Theatre (1980–81), The Thebans at the RSC (1991–92), and The Oresteia at the National Theatre (1999–2000).

The event is free and all welcome. Please book using the Eventbrite widget below.