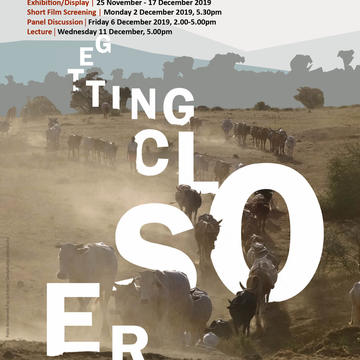 There is widespread scholarly recognition that two of the major challenges facing humanity in the twenty first century are biodiversity loss and detrimental climate change arising from rapidly rising average planetary temperatures. It is also widely acknowledged that the processes of industrialisation and globalisation over the last two centuries are among those that have contributed most to these issues, giving rise to an increased frequency of frictions and even outright conflict between different stakeholders. As archaeologists, we are well aware that neither climate change nor the frictions arising from globalising processes are especially new. As the debate over the origins of the Anthropocene have highlighted, some of the factors now influencing the Earth system may have their origins thousands of years ago.

Recognition of these two points – that humanity is facing a suite of socio-ecological challenges of unprecedented global scope and potential severity and that the roots of these challenges may lie in deep history, in my view, places new responsibilities on archaeologists wherever they may work. First, as scholars, we have a responsibility to research archaeological archives in new ways and with new questions in mind concerning the intricate and changing relations between humans, environments and other species. This should aim to identify not just how human activities have negatively impacted local and regional environments, or how they may have responded to climate change in the past, but also to identify when, where and for how long human activity may have enhanced biodiversity and societal resilience. Second, as global citizens, we need to play a more active role in mobilising this knowledge in a manner that contributes to policies and interventions aimed at redressing current climate change, reversing biodiversity loss, and ensuring socio-ecological resilience and the just and equitable access to and distribution of natural and human capital. In this presentation, I shall present my own thoughts on what this changing role for archaeology might entail from the perspective of a European archaeologist whose primary study sites and research foci are in sub-Saharan Africa.