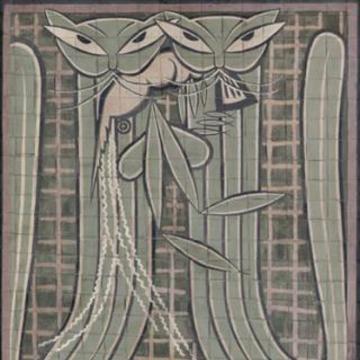 Literary communities – often intersecting with the more exclusive segregations of coterie or group – are constitutive of the social life of modernism. In India as elsewhere, modernist communities were formed around a shared writing platform, that of the ‘little magazine’, and a shared social expression, that of conversation. One such community in 1930s Calcutta grew up around the literary journal Parichay. Its members met regularly at the homes of the journal’s editors for sessions of animated discussion that are known in Bengali as adda. The groupincluded not only poets and artists, but also scientists, historians, sociologists, disaffected British colonialists, nationalist politicians, and spies.

The 1930s was a period of literary radicalism, of shifting party allegiances and political fault-lines, linked to the fortunes of the Comintern, the rise of National Socialism and fascism in Europe, and the last phase of the struggle for modern nationhood in India. At the same time, the cosmopolitanism of the Parichay circle, responding to the major currents of international modernism and to the idea of a ‘world literature,’ was co-extensive with its commitment to its own ‘provincial’ literary culture.