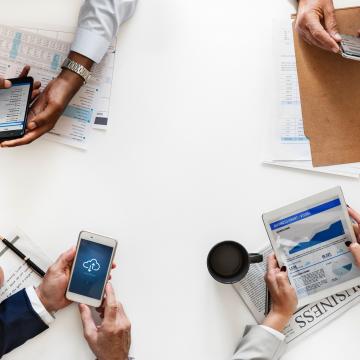 Part of Book at Lunchtime, a fortnightly series of bite size book discussions, with commentators from a range of disciplines. Free, all welcome - no booking required. Join us for a sandwich lunch from 12:45, with discussion from 13:00 to 13:45.

Kirsten Shepherd-Barr (Professor of English and Theatre Studies, University of Oxford) will discuss her book Theatre and Evolution from Ibsen to Beckett with:

Evolutionary theory made its stage debut as early as the 1840s, reflecting a scientific advancement that was fast changing the world. Tracing this development in dozens of mainstream European and American plays, as well as in circus, vaudeville, pantomime, and "missing link" performances, Theatre and Evolution from Ibsen to Beckett reveals the deep, transformative entanglement among science, art, and culture in modern times.

The stage proved to be no mere handmaiden to evolutionary science, though, often resisting and altering the ideas at its core. Many dramatists cast suspicion on the arguments of evolutionary theory and rejected its claims, even as they entertained its thrilling possibilities. Engaging directly with the relation of science and culture, this book considers the influence of not only Darwin but also Lamarck, Chambers, Spencer, Wallace, Haeckel, de Vries, and other evolutionists on 150 years of theater. It shares significant new insights into the work of Ibsen, Shaw, Wilder, and Beckett, and writes female playwrights, such as Susan Glaspell and Elizabeth Baker, into the theatrical record, unpacking their dramatic explorations of biological determinism, gender essentialism, the maternal instinct, and the "cult of motherhood."

It is likely that more people encountered evolution at the theater than through any other art form in the late nineteenth and early twentieth centuries. Considering the liveliness and immediacy of the theater and its reliance on a diverse community of spectators and the power that entails, this book is a key text for grasping the extent of the public's adaptation to the new theory and the legacy of its representation on the perceived legitimacy (or illegitimacy) of scientific work.