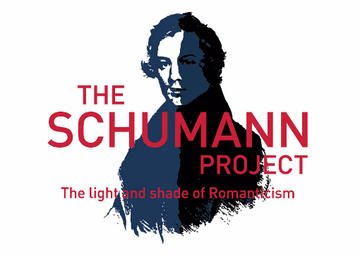 The Schumann Project will explore the many aspects of Schumann: his place at the heart of the Romantic era; the richly complex personality that gave rise to 'Florestan' and 'Eusebius'; his life and times; his friends and contemporaries; his influences and his legacies; and his literary and artistic interests.

A guide to late works in the Oxford Lieder Festival is available HERE.

This two-week feast of song will feature Oxford Lieder's trademark progamming of related chamber and choral works, study events, artistic partnerships and world-class musicians. The opening recital (14 October) will be given by international superstar Christian Gerhaher, with Gerold Huber, and many of the world's finest singers and pianists will also appear. Graham Johnson will give another of his masterful lecture-recital series exploring Schumann's life; study days will look at Schumann's fascination with Bach, and at the political upheaval and revolution of the 1840s; Wolfgang Holzmair will lead the residential mastercourse; there will be film screenings, masterclasses and talks.

In addition to Schumann's complete songs, the Festival will feature many works by his friends and contemporaries, including Mendelssohn and Brahms. It is the 160th anniversary of Schumann's death, and the 120th anniversary of his wife Clara's death; Clara Schumann's 29 songs will also be included in the Festival. This will be an amazing opportunity for complete immersion in Schumann and his music. The city will be filled with song and the spirit of Schumann.