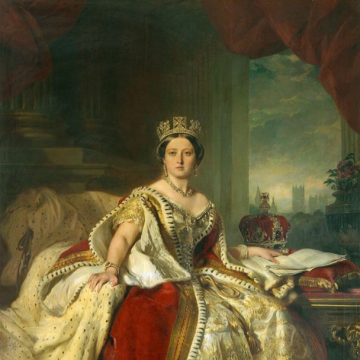 Co-organized by Historic Royal Palaces and the University of Warwick, in partnership with the Royal Collection Trust, the Bodleian Library, the University of Oxford and the Paul Mellon Centre for Studies in British Art, London, to mark the bicentenary of Queen Victoria’s birth.

Queen Victoria's name is used to identify an era. Over her long reign the British Empire covered a quarter of the globe. The birth of photography, and an explosion in print culture and the press, allowed her image to touch its furthest reaches. Her image, painted and sculpted, still dominates public spaces scattered across continents. Narratives of Victoria's life have been rehearsed continuously since her death, testament to a legacy of enduring significance. However, these narratives have often presented her as a curiously inert figure, detached from public life and from the political shaping of the monarchy.

This conference seeks to challenge these orthodoxies by examining Victoria herself as a pro-active political agent in the construction of an image for nineteenth century monarchy, and therefore directly implicated in what would become the Queen Victoria phenomenon. The ambition is to explore Victoria's creation of her own image, and the examine ways in which she managed her conflicted role, as a Queen Regnant, but also a wife and mother, including through painting, photography, sculpture and dress. It will also explore the journeys of this self-curated image from Victoria's private sphere to the public realm, and particularly across the British Empire, examining the ways in which the image has been both in her own reign and in the contemporary world, to challenge imperial power and to counter critical responses to Queen and Empress.

The conference includes a showing of film relating to Queen Victoria’s history complied by Bryony Dixon, Curator of Silent Film, the British Film Institute, and a Queen Victoria focused magic lantern presentation by Dr Jeremy Brooker. There will be private views of two new exhibitions at Kensington Palace: Victoria: A Royal Childhood and Victoria: Woman and Crown before they open later that week.

A limited number of tickets have been reserved for students at £30, on a first come basis.