Live Event: Voices from the Wings: Poetry, Performance and Translation on and off the page 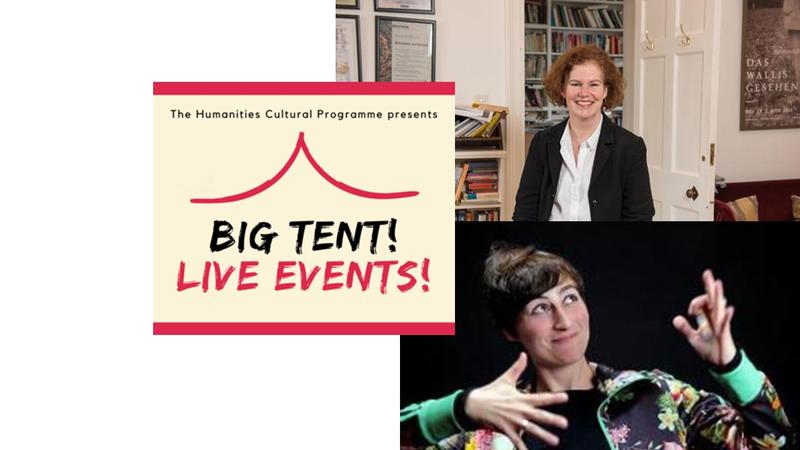 Voices from the Wings: Poetry, Performance and Translation on and off the page

This event presents a conversation between academic, translator and writer Karen Leeder and poet, performer and novelist Ulrike Almut Sandig who have been collaborating for the last eight years. Karen and Ulrike were due to appear together with Sandig’s poetry band LANDSCHAFT (with Grigory Semenchuk) at the Big Tent! in May 2020.

Ulrike Sandig is that rare thing: a writer who is as much at home on the stage as the page. She began as a guerrilla poet, pasting poems to lampposts, and today often collaborates with sound artists, musicians and filmmakers to take her poetry to the audiences that poetry doesn’t usually reach. Translation is a vital part of all this, not only at the most fundamental level of turning a feeling, image, or an idea into a poem on the page, but also carrying over that impetus into performance, the screen, a classical orchestra or an electronic hip hop band. She also works at translating older texts for contemporary times as with her Grimm cycle (published in English in 2018) which reanimates the dark side of the Household Tales of the Brothers Grimm for our own age.  A further level comes with translation into English, which itself has become part of new collaborations - for example, in the animated poetry films by Beate Kunath & Eléonore Roedel that have taken their work to new audiences all over the world through the medium of English.

In this event, Karen and Ulrike will perform recent work, and discuss the creative transformations poetry can undergo, with examples from Ulrike’s work for page, stage, film and gig, along with their own creative process and the way poetry, that voice from the wings, can become part of an inclusive political project.

Karen Leeder started her academic life researching the samizdat poetry, art and music scene that existed in East Germany before the fall of the Berlin Wall.  She has continued her interest in the GDR and has published widely on modern German culture, especially of the post-1945 and contemporary periods. She is a prize-winning translator of contemporary German literature and has been awarded residences in UK and Berlin. Most recently she won the John Frederick Nims Memorial Prize for her translation of Durs Grünbein. Her translation of Ulrike Almut Sandig’s Thick of it (Seagull Books, 2018) won an English PEN award and an American PEN/Heim award, and was runner up for the Schlegel-Tieck Prize (2019). Grimm appeared in a special limited edition with Hurst Street Books in 2018. Their new collaboration, due in Summer 2020, I am a field full of rapeseed give cover to deer and shine like thirteen oil paintings laid one on top of the other is ‘hotly anticipated’ by the New York Times. She was TORCH Knowledge Exchange Fellow with the Southbank Centre, London (2014-2015) and keeps up work especially with MPT, Poet in the City, and The Poetry Society on her project Mediating Modern Poetry: http://www.mmp.mml.ox.ac.uk/.

Born in rural Großenhain in former East Germany in 1979, Ulrike Almut Sandig started life as a kind of guerrilla poet, pasting poems onto lamp posts on the streets of Leipzig with friends and handing them out on flyers and free postcards. Two books of stories and four volumes of her poetry have been published to date, including, most recently, Ich bin ein Feld voller Raps verstecke die Rehe und leuchte wie dreizehn Ölgemälde übereinandergelegt. Her first novel will appear this Autumn. Performance is a key part of Sandig’s work. She frequently collaborates with filmmakers, sound artists and musicians and her first CD with her poetry band LANDSCHAFT (with Grigory Semenchuk) appeared in 2018. Sandig has often appeared in the UK including at The Edinburgh Festival, Hay Festival, and StAnza and won many prizes, including the Leonce and Lena Prize (2009), the Literary Prize of the Federation of German Industries (2017), the Wilhelm Lehmann Prize (2018) and the Horst-Bingel Prize (2018). She lives in Berlin with her family. 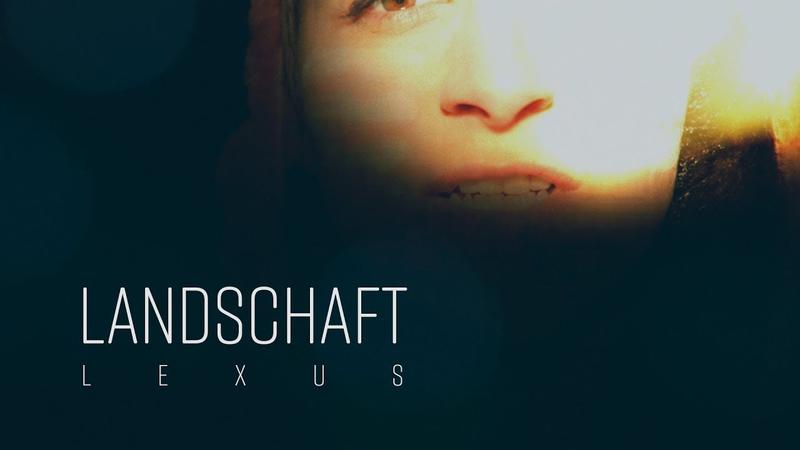