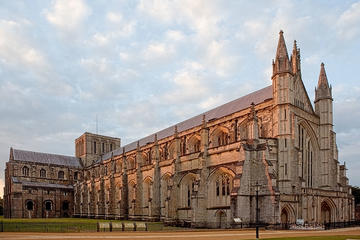 Please note there has been a very exciting addition to the conference programme. Martyn John, production designer for the BBC's highly-acclaimed series, The Last Kingdom, will be joining the conference as a speaker on Monday 10th July. "Wintancaester: The Last Kingdom's Royal City" will see Martyn in conversation with The University of Winchester's Dr Ryan Lavelle, who acted as historical adviser for the series. This one-off event will look at design philosophies and the challenges of representing 9th century Winchester in long form TV drama

Click here for more information about the conference and registration.