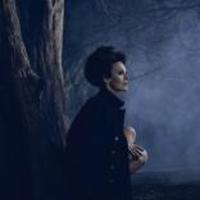 Knowledge Exchange Fellow:
Dr Lucy Jackson (no longer at the University of Oxford)

For centuries, Western civilisation has been fascinated by Greek culture. From seventeenth century humanism to twentieth century hellenism, Ancient Greece has provided inspiration for artists and politicians alike. While twenty-first century attitudes might have jettisoned some of the idealism of earlier generations, the principle are still there — much of our society is shaped by ideas believed to have been held dear by the Ancient Greeks. It matters what we know about Greek society and culture.

For many people, their first encounters with Greek culture will be in schools or theatres. To bring scholarly insight to Ben Powers’ 2014 production of Euripides’ Medea at the Royal National Theatre, Lucy Jackson took up a six-month residency as their ‘Greek geek’. She consulted for the production, and curated an online exhibition exploring both the legacy of Greek drama in UK theatre, and how the National Theatre has staged Greek dramas over the last fifty years. In collaboration with the National Theatre’s digital department, she brought together archive material from the National Theatre and interviews with other academics to complement her own resources and expertise for display in the exhibition.

Working so closely with the theatre also gave Lucy a crucial insight into the production’s rehearsal period, and how these impact on the final performance. She says that one of the most exciting outcomes of the Fellowship, for her, was realising ‘just how contingent the process of theatre-making is! And how this could be just as true in fifth-century Greece as it is today. I had no idea of the full range of practicalities and pragmatic choices that needed to be made, choices that fundamentally shaped the performances that audiences came to see’. She says that the insights she gained during this Fellowship continue to inform her current research, on sixteenth century productions of Greek plays.

Lucy wrote two chapters in edited volumes that drew on her Fellowship research, and she continues to work with the National Theatre’s Learning Department, giving public talks at productions that intersect with her work. But it’s perhaps the less tangible impacts of the Fellowship that have been most transformative for Lucy. She says that the experience was ‘foundational in a number of ways’, to have been ‘introduced so early on in my academic career to the goals and practicalities of creating and quantifying impact.’ She continues to use the formats and communication techniques that she learned during the Fellowship for both her public engagement activities and her teaching.