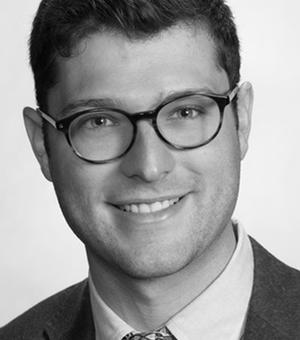 Eddie Maza currently runs digital outreach and digital research initiatives at the Centre for the Study of the Bible at Oriel College. He completed his MPhil in Hebrew Bible Theology at Oxford, having studied art history and education at Yale. He is deeply interested in the role of material culture in the formation of identity. Focusing in on the intersection of art history and religion, Eddie looks at ancient art and mosaics, putting them on equal footing with textual narrative and textual accounts of biblical tradition.

He has also researched museum education and disabilities studies, thinking about how a museum education program ‘visual thinking strategies’ can be an alternative way of learning - in contrast to the way a classroom often values text.

“She (Teacher) just said to me you are kidding yourself applying to these schools. [...] When I didn't do well on the first paper she said ‘See, an honours calculus class is no place for someone with dyslexia’ - which made it very real and personal. Once I did get into Yale and I told her she said ‘well we will see what happens when you get there’ so it was this real intense animosity where she didn't see me being qualified to participate. So that was really difficult - but quite outweighed by the level of support I had from other people.”

“When I took the SATS someone said ‘Of course you did well you had extra time you are basically cheating.’ Once I got to Oxford I was told by a lot of people ‘don’t tell anyone you have extra time keep that to yourself’, but why? I think the way accommodations are thought about is often framed as a concession as opposed to a recognition that a system was developed that wasn’t meant to include everyone in an active way. [...]  So its not cheating, it's not something to be embarrassed about - it’s not conforming to the mould of what an institution was built around. Which in my mind is really cool, but at the very least it shouldn't be something you are ashamed about. [...] It (extra-time) is really a band aid on a broken system that our education system wasn’t designed to include everyone that gets educated.