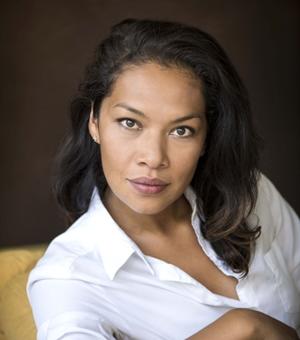 Karin Amatmoekrim obtained her Master's Degree in Modern Literature at the University of Amsterdam and is currently working on her PhD-research in modern literature, studying the work and life of Dutch-Surinamese writer Anil Ramdas and his ideas on identity, multiculturalism, populism and the role of the black intellectual in western societies. The dissertation on Ramdas is planned to be published as a biography in 2020. Her research interests include modern and post-colonial literature, the global south, the west-indies and the caribbean, politics and modern history, migration and identity.

She is primarily a writer and novelist; her work includes six novels: The fragmented live, 2004, When we are together, 2006 (re-issued in 2014), Titus, 2009, The gymnasium, 2011, The man of many, 2013 and Unless the father 2016; as well as many short stories and essays. Amatmoekrim writes on a regular basis for newspapers like NRC/Handelsblad. The University of Amsterdam has studied Amatmoekrim’s work considering it the start of a new, Dutch literature: one that links to the idea of cosmopolitanism and explores new ways of thinking about home and identity. The author, who has Indonesian, Chinese, African and Native American blood, stated that her work does not so much follow an ethnic path, but rather embodies universal, human themes.

Karin has been a TORCH Global South Visiting Fellow in Hilary Term 2019.