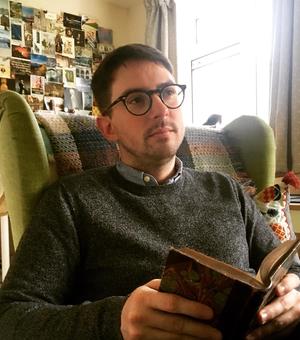 Kieran is a historian of Britain and India during the 18th and 19th centuries, with a particular interest in British Radicalism and its combative relationship with the East India Company. His research currently focuses on a network of Radicals spanning Britain and India who sought to end Company rule and establish a form of participatory government in colonial India.

His wider interests include, the public presentation of empire in cultural spaces, the intellectual history of the British Empire, the diplomacy and warfare of the East India Company, print culture and pamphleteering, party politics during the 'Age of Reform', British reactions to Revolutionary and Napoleonic France, and social conditions during the Industrial Revolution.

Building on his thesis research into the creation of the 1833 Indian constitution, Kieran joined the Quill Project at Pembroke College in 2018 as Research Assistant. Here he delved into the records of the US Constitutional Convention of 1787, modelling and editing the material into an accessible digital humanities platform.

In 2019 Kieran was appointed as academic lead on the Clive Collection Project in partnership with the National Trust, researching the origins and significance of the Indian artefacts amassed by Robert Clive, Edward Clive and Henrietta Clive, which are now on display in Powis Castle.

Winning a competition for a collaborative exhibition with the Bodleian Library, Kieran was curator of Writing the History of the Raj, an exhibition on James Mill's History of British India. He has also have worked as a consultant for the National Trust on several exhibitions and interpretation linked to empire, and contributed to the Trusted Source Knowledge Transfer Partnership. In addition he has written for the Conversation, and occasionally provided administrative support for TORCH.