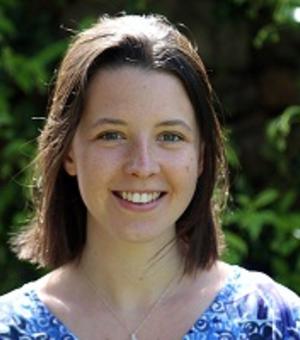 Hi, I’m Olivia. I am a dyslexic Fine Art graduate from the Ruskin School of Art and working on Dyslexia at Oxford has been my focus since graduating. It is a merger of visual storytelling and an interest in neurodiversity and access to education.

I have also been part of the team setting up Open/Ended Design. a platform that spotlights innovators at the intersection of culture, technology and design from around the world, with conversations released every fortnight.

If you would like to get in touch about this project, please email dyslexiatoxford@gmail.com, I would love to hear from you.

a reality for many of the people I spoke to

Who were told, or made to feel education was not for them.

If we don’t have access to information around neurodiversity,

We don’t have the toolkit to understand differences in the people we meet.

This can cause repetitive and unnecessary microaggressions,

A dismissal of others who are not like us.

‘Why are you not performing in the way I expect you to?’ More simply still:

A different way of thinking, learning and doing.

That has its own strength.

STATISTICS - (Taking these figures as a rough guide)

Despite 10-15% of the population being dyslexic (Source/S )

50% of people in prison are dyslexic (S)

Gut-wrenching, heartbreaking statics. But - it adds up.

Neurodiversity and access are often treated as an inconvenient problem.

52% of Teachers in the UK report they have no dyslexia training. (s)

9 in 10 of those that did said that the training was under an hour. (s)

The British Dyslexia Association think that dyslexia diagnosis and support

with schools 'failing to diagnose at least 80% of dyslexic pupils'. (S)

Think about a child

Not handing in homework

Punching holes into a page

Doodling in the margins

Being stressed at reading aloud

Struggling, falling behind, or being uncooperative

It would be easy to label this behaviour as disruptive

The people I spoke to - talked about having to prove

2-3 years of neurodivergent kids won’t get that chance during the pandemic.

This isn’t a criticism levelled at teachers, but a wider structural issue.

Should be included in teacher training.

How can an hour, to cover a different learning processing style

in a full year's training - be sufficient?

Break down the root of the word:

Now it is mostly defined as phonological (sound-based)

leading to challenges with spelling and reading.

There neither appears to be an agreed definition nor an agreed theory of dyslexia.

From what I have understood,

It is a different brain wiring, geared towards big-picture, holistic thinking

That is weaker at fine-detail and linear processing.

Difficulty following a string of directions or instructions

De-coding sound and separating it from background noise

Little sense of linear time (from hour to date to year)

Spotting patterns in complex and shifting systems or data sets

Thinking in pictures rather than words/ non-verbal thinking

As many of the speakers said, the assessment made perfect sense

‘It was a weight off my shoulders’

Being raised by a single parent. A cost my grandparents stepped in to cover.

should not be behind financial barriers.

I was assessed as dyslexic just before IGCSEs at 15.

At 21, trying to support a sibling through education,

I was passing on the tools I was learning through

In an incredibly privileged space - and a child did not.

It was exciting to talk about dyslexia for the first time.

Learning about how people were playing to their strengths

And sharing strategies for the challenges.

In every corner and community

There is a network of neurodivergent people.

Our differences make us human.

It starts with a conversation.

It starts with a question