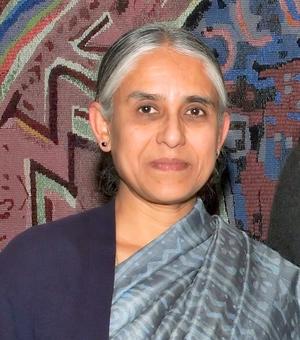 Supriya Chaudhuri is Professor Emerita in the Department of English, Jadavpur University, India, and has been Head of Department, Co-ordinator, Centre of Advanced Study, and Director, School of Languages and Linguistics. She was educated at Presidency College, Calcutta, and the University of Oxford, graduating with First Class Honours in English in 1975 and gaining a DPhil in Renaissance English literature in 1981.

She has held visiting appointments at the University of Cambridge and the University of Paris-Sorbonne, and lectured at many universities in India and abroad. Her areas of scholarly interest are Renaissance studies, philosophy and critical theory, Indian cultural history, urban studies, sport, travel, translation and modernism.

Recent publications include Commodities and Culture in the Colonial World (co-edited, Routledge, 2018); Reconsidering English Studies in Indian Higher Education (Routledge, 2015); Sport, Literature, Society: Cultural Historical Studies(co-edited, Routledge, 2013); Petrarch: The Self and The World (co-edited, Jadavpur, 2012); Conversations with Jacqueline Rose (Chicago, 2010); and chapters in A Companion to Virginia Woolf (Blackwell, 2016), Celebrating Shakespeare: Commemoration and Cultural Memory (Cambridge, 2015), A History of the English Novel in India (Cambridge, 2015), The Cambridge Companion to Modern Indian Culture (Cambridge, 2012), and The Oxford Handbook of Modernisms (Oxford, 2010).

She has led on many internationally funded research projects, continues to advise on research and higher education policy, and is active in debates on the humanities, gender and intellectual liberty in India.