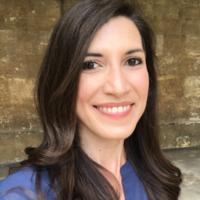 Dr Kira Allmann is a Postdoctoral Research Fellow in Media Law and Policy at the Centre for Socio-Legal Studies. Her current research focuses on digital inequality - how the ubiquitous digitization of our everyday lives is leaving people behind and what people are doing to fix it at a grassroots level. As the internet becomes increasingly essential to the fulfillment of a well-rounded human life, exclusion from the internet dues to a lack of access or literacy exacerbates other forms of gender-based, racial, geographic, and socio-economic marginalization and disenfranchisement. As an anthropologist, Kira uses ethnographic methods with people who are closing the digital divide from the bottom up, in their communities. She runs two research projects: (1) understanding the human geography of community networks (internet networks owned and operated by local communities) and (2) examining the role of public libraries in providing free digital services. Her work aims at developing more human-centred approaches to and policies for access to technology.

Kira is also the Communications Director at the Oxford Human Rights Hub and a research partner of the Whose Knowledge? Campaign which works to centre the knowledge of marginalized communities on the web and raise awareness of the digital exclusions that keep the majority of the world from participating fully in the digital knowledge creation and curation.

She completed her DPhil at the University of Oxford as a Rhodes Scholar, where her dissertation focused on how mobility between online and offline spaces constituted a practice of resistance during and after the 2011 Egyptian revolution. Between 2011 and 2015, Kira conducted ethnographic research in Egypt, blending online and offline qualitative methods, to investigate how the use of digital technologies by Egyptian youth were transforming virtual and physical spaces in the city of Cairo. 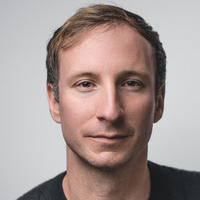 Co-Founder of Turn of Phrase

Timothy Allsop is an actor, writer and director, who co-founded Turn of Phrase, a theatre and education company focused on LGBTQIA+ and gender work. He trained at the Guildhall School of Music and Drama, where he was winner of the Michael Bryant Verse Speaking Award and a recipient of the Lilian Baylis Award. His film and television credits include The Mummy, Captain Phillips and Detectorists. His extensive stage work includes Helen (Shakespeare’s Globe), Thérèse Raquin (National Theatre), Our American Cousin (Finborough Theatre), The Picture of Dorian Gray and Strangers on a Train (English Theatre Frankfurt), Elyot in Private Lives (Oxford Shakespeare) the title roles in Richard III (GSC) and Murder in the Cathedral (Oxford Playhouse). His writing credits include Open (co-written with Christopher Adams and published by Nick Hern Books), The Smog (Amper and Sand), and his short stories appear in Grist Anthology of New Writing and Bedford Square. He has written pieces on queer issues, rurality and equality training for The New Gay Times, An Injustice, The Times and Age of Awareness. Before Guildhall, he studied Modern History at Balliol College, Oxford and completed an MA in Creative Fiction at Royal Holloway. He teaches Shakespeare in Performance for the MA in Advanced Teaching at the University of Cambridge and runs the text course for Guildhall’s summer school.

The Museum of English Rural Life (The MERL) is owned and managed by the University of Reading. Established in 1951, at a time of major economic, social and technological change, it has grown to become a national resource recording and interpreting the history of food, farming and the countryside. Originally, collecting focused on technologies and traditional crafts. The museum now also addresses countryside issues and rural life.

With 17 historic buildings set in 75 acres of beautiful countryside, the Museum of East Anglian Life is the largest independent museum in Suffolk. The museum cares for over 40,000 objects – once the everyday items of East Anglian life. Our collection has a particular focus on the production of food and social history relating to it, reflective of the region’s strong agricultural character. 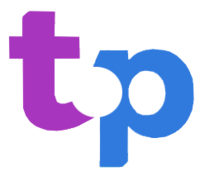 Turn of Phrase Ltd was created in 2013 as a theatre and training company who aim to give people the skills, freedom and power to speak in public, while addressing issues of LGBTQIA and gender equality in how we communicate. We want speaking to be as valued as reading and writing. We aim to improve communication in decision-making processes whether that is as part of a community team, in the board room or presenting to new potential clients. Through effective, emotionally connected and focused speech we give individuals and teams the tools they need to be more productive, efficient and empower their workforce to communicate with better harmony. We aim to produce high quality inclusive theatre. We have produced shows including working with Full Disclosure Theatre on a London run of Open (published by Nick Hern), Cooked at the Bread and Roses, as well as supporting LGBTQIA shows such as Tumulus (Soho 2019). Creative Director Tim Allsop is about to begin work on a large scale project about queer rural lives. Our work takes us into schools and businesses across the UK where we help young people develop their communication skills through specialist workshops. We have a gender equality focussed session for students, which aims to bring awareness to the next generation of leaders and thinkers.

Suffolk Archives, Pride in Suffolk’s Past project is funded by the National Heritage Lottery Fund. Its objective is two-fold; to explore and share the stories of lesbian, gay, bi-sexual and transgender people hidden in the Suffolk Archives but also collect contemporary stories of Suffolk’s LGBTQ+ Community to ensure their representation within our collections.